Here’s what we needed today: 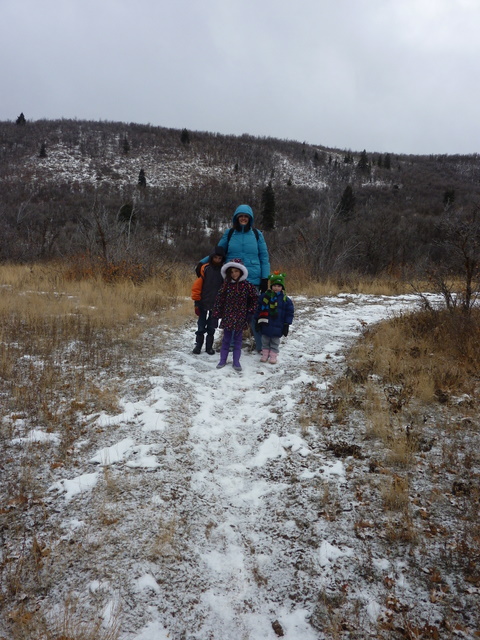 Why?  Because Brian and I have had a very stressful weekend.  One of those curl-into-a-ball-on-the-couch kind of times.  I can’t get into the details right now, but let’s just say that both Jeff and Eleanor were throwing up all day yesterday, and it didn’t even phase us compared to the Big Bad Thing.

I mean, Jeff even threw up in the middle of Sacrament Meeting.

All over the pew.

While I was in the middle of playing prelude music on the organ.

And when someone came up to tell me that Jeff had thrown up, I cried “Holy crap!” a little too loudly, and yanked my hands off the keyboard in the middle of a chord . . .

. . . then noticed that the chapel had become eerily quiet.  Pulling myself together, I shakily stumbled back into the music.

Brian wasn’t there; he had stayed home with Eleanor.  Some amazing church members stepped forward to get Jeff cleaned up while I crawled through the opening hymn, the sacrament hymn, and then the congregational hymn.  At that point, Jeff made a mad dash to the bathroom for a second round of sick.  Praying that the rest of the meetings’ speakers were long-winded, I grabbed both boys, stuffed them in the car, drove them home (“I’ll explain later,” I shouted to Brian,) then dashed back to church.

Fortunately, the speakers were nice and long.  I think it’s the first time I’ve ever been happy about that.

BUT, all that hubbub was nothing, I say nothing compared with the stress from the bad news we got on Friday.

So, a distraction was in order.  TO THE MOUNTAINS!

Ostensibly to snowshoe, but it’s been a dry winter so far and there wasn’t enough snow for it.  Instead, we pulled on boots and hit the trail for a snowy walk.

We saw a bird’s nest, which the park rangers said might belong to a mountain bluebird . . . 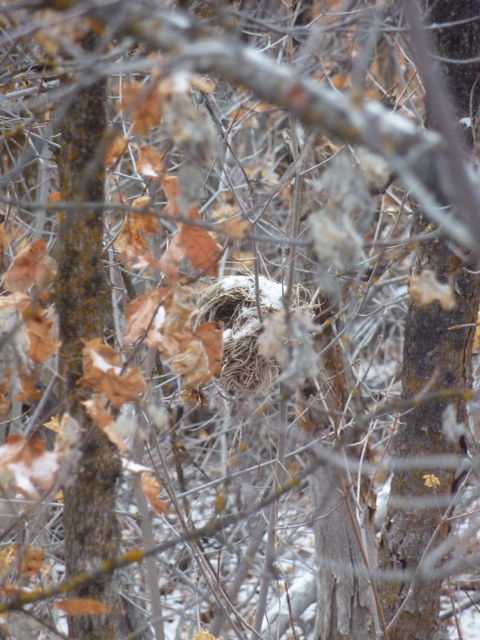 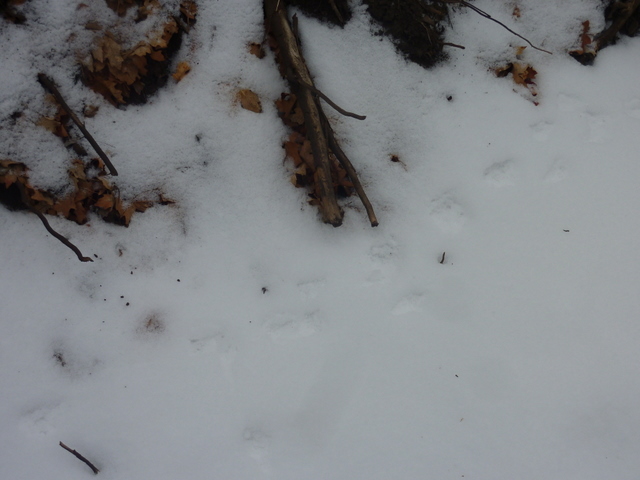 There were snowstorms looming above us, on the peaks.  It made the scene look half-erased, as if a landscape painter changed his mind, waiting for a better idea to strike.

The kids were whiny at times, but eventually became more stalwart.  It wasn’t that cold, to tell the truth.  And while the path was slippery, only one of us ever slipped.  (Me.  Ow.  Ironically, it happened just at the moment Brian and I were discussing the novel Icefall.)

Here’s the real reason we decided to hike in Midway: 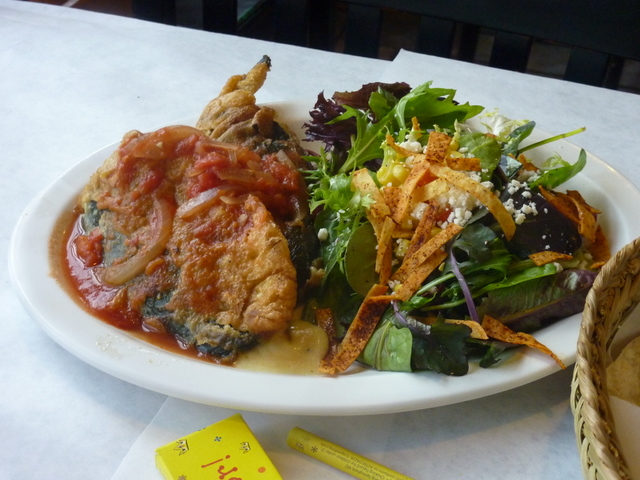 Tarahumara!  One of our favorite Mexican restaurants.  They have killer chilles rellenos, and about twenty kinds of salsa. I like the pineapple mango best.

But the bakery items are my favorite — orejas, pastelas, and key lime flan.  They aren’t pictured because they were eaten too quickly.

Five hours is the on-average amount of sleep I’ve been getting every night lately.

Part of it is owing to stress — ordinarily, holiday excitement and baby preparation would be enough to keep me wired 24/7, but this week we also had the meeting at school for Jeffrey’s Individualized Educational Plan (or IEP).  Nobody likes to hear criticism about their child, so sitting in a room with five educational professionals listing Jeffrey’s problems was not fun.  Even though I agreed with most of what they said — in fact, some of their findings (via testing) matches up exactly with what I’ve been telling them for quite some time now.  Such as: Jeffrey doesn’t need occupaional therapy; his writing is fine, it’s his spelling that needs help.  Or, that Jeffrey is fine cognition-wise; it’s his lack of focus in class that has caused him to fall so far behind the curve.  He needs small-group, individualized instruction. And it looks like he is finally going to get some.  Yay!  Let’s see if the school follows through with its promises.

What irks me is that whenever one of Jeff’s teachers has mentioned his inattention to me (from age 3 on up) they always look at me like I have some kind of magic solution for solving this problem.  I always want to smack myself on the head and say “Why, how silly of me!  I forgot to turn the switch on the back of Jeffrey’s head from ‘naughty’ to ‘nice’ this morning!”

But, really, there aren’t any easy solutions beyond patience, patience, and more patience.  Our daily one-on-one homework sessions last about 60 minutes, and frequently involve Jeffrey screaming himself red in the face, chewing up his erasers and throwing pencils on the floor.  He’s been especially obdurate lately since Eleanor has begun to bring “funwork” home from kindergarten, which she zips through with glee while Jeffrey struggles to write sentences.  As he tearfully said to me yesterday, “Next year Eleanor will start real homework, and she’ll race so fast ahead of me that she’ll be in seventh grade by the end of the year!”  I reassured him that he’s just as smart as Eleanor, he just needs to work as hard as she does, and he sat down and began to write.  For about 30 seconds.  And then the eraser-chewing began once more.  (And when I say “chewing,” I don’t mean that he sucks on his pink eraser; he takes BITES and then SWALLOWS.)

Yes, educators.  I know exactly how difficult it is to teach my child.  Which is why I need your help.

So I keep waking up at 4:30 or 5:00 — late enough in the morning that my body doesn’t initially “feel” like it needs more sleep, but early enough for me to collapse some time around 9:30 a.m.

The fact that I get nightly ligament pain around my belly bulge doesn’t help, either.  What I call my “tummy tendons” ache constantly unless I get out of bed and walk around the room — for some reason, it helps the pain go away, but not always.  Last night’s session was particularly bad; I still have “phantom pain” in my hips this morning.

Well.  Time for a nap?  We’ll see if my brain can calm down enough for one to happen.