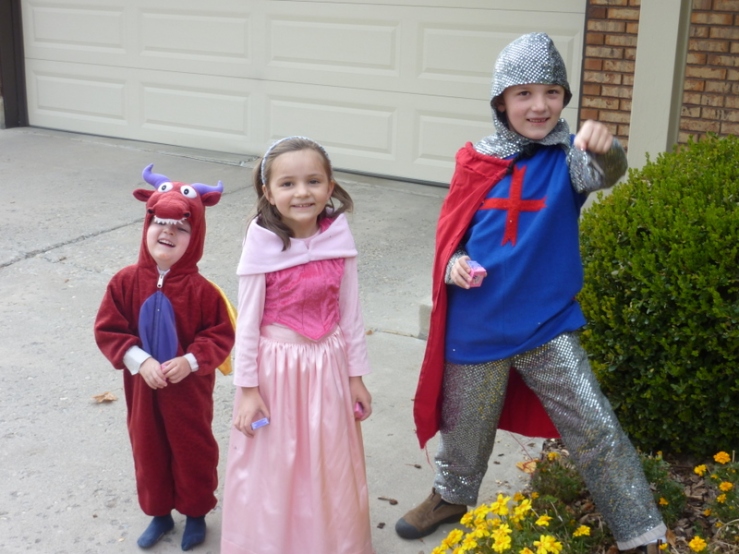 Halloween is a big deal in Utah, more so than anywhere else I’ve lived.  Maybe it’s because of the high number of children per capita.  Back when I was a children’s librarian for the Murray Library, our annual Halloween children’s program was the absolute #1 most popular thing we ever did.  To the point of where we had to issue tickets because otherwise so many people would come that it would violate the library’s fire code.  And then we ran out of tickets within the first two hours of giving them out . . . and so the next year, people began lining up outside the library before it was even open to get tickets.  All for a dinky Halloween storytime with Little Debbie snack cakes at the end!

If that ain’t a tale to send chills up your spine, I don’t know what is.

But.  Anyway.  Halloween: a big deal in Utah.  So we tried out some of the local fare, like Gardner Village’s “Breakfast With a Witch” program:

It was . . . odd.  The witch seen here is named “Brazzilla,” and like all Gardner Village witches, speaks English with a Ren Faire Folke dialect (eurgh).  But the kids enjoyed getting her autograph, and we also got to have all the pancakes we wanted, so it evened out.

Halloween is also the only time of year when I really enjoy making cookies.  I think because at Christmas it feels like an obligation, but at Halloween, anything you do is Bonus.  Years ago my mother-in-law gave us these puzzle-piece cookie cutters that can make little haunted houses.  We decorated these with the kids and gave them to neighbors: 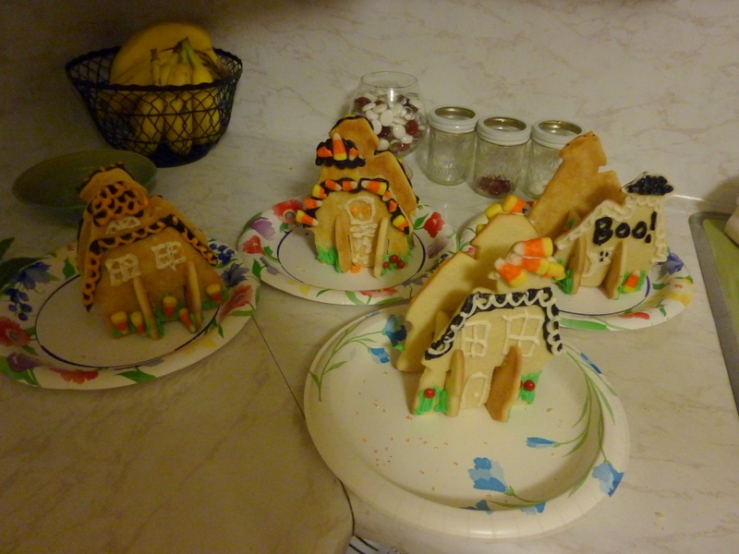 And then we let the kids decorate these on their own.  Note the three-inch layer of frosting: 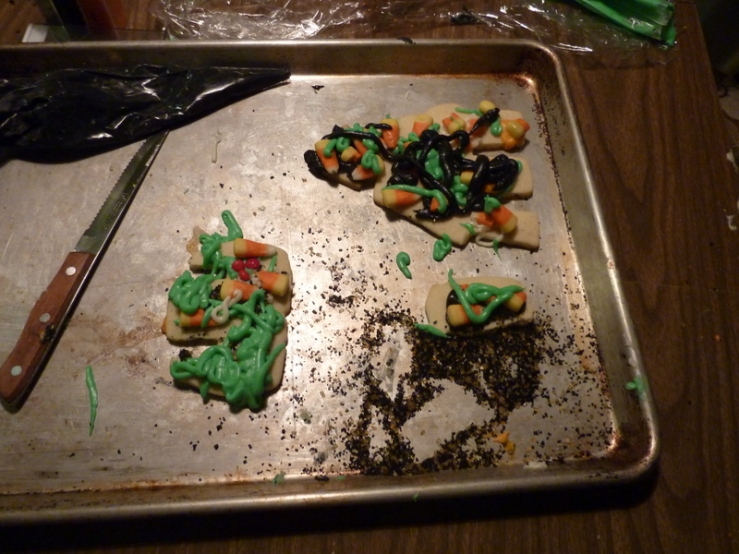 Our neighborhood did trick-or-treating on Saturday, Oct. 30, but unfortunately it poured rain the entire evening.  So this is the only photo we got that night: 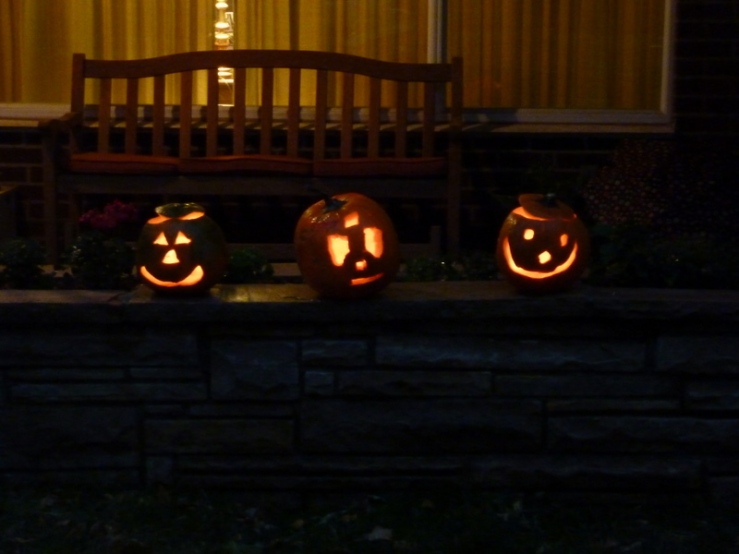 Brian let Jeffrey carve his pumpkin himself.  Can you guess which one was his?

My mother and I made Eleanor a Sleeping Beauty costume this year.  Mom is amazing with children’s costumes — she even found this little spinning wheel at a thrift store for her.  Eleanor didn’t like posing with it, though.  Here is her “Okay, Mom, have I held the spinning wheel long enough?” pose:

But she loved wearing the costume at the school Halloween parade:

Jeffrey is wearing a knight costume that my mom made for my brother when he was eight.  Jeff was too wrapped up in Pretend Fantasyland to realize that I was taking his picture:

On Halloween proper, we went down to Provo so the Great-Grandma could “trick-or-treat” with the kids.  She is a big fan of the William, pictured here in a dragon costume my mom found at DI.  (Yes . . . my mom found all of the costumes this year.  Because she is Made of Awesome). 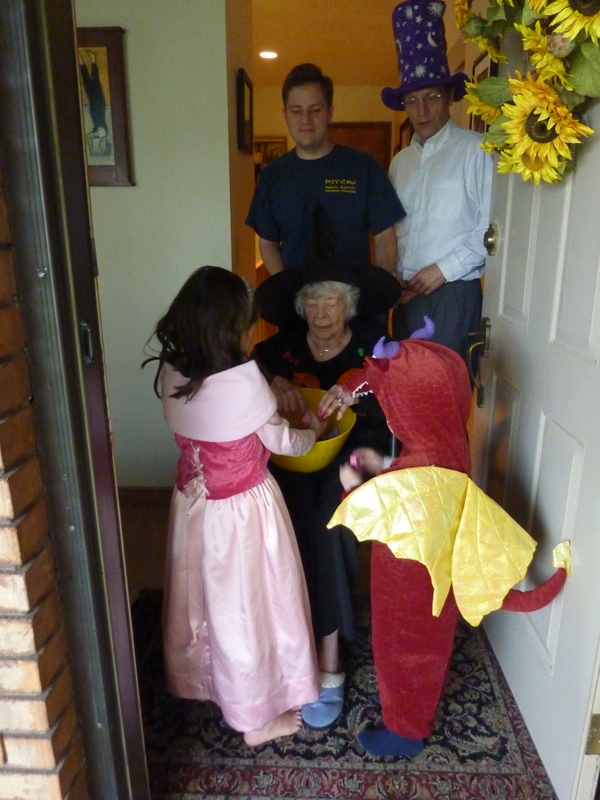 William was very proud of his costume.  Whenever someone complimented him on it (say, at preschool), he always puffed out his chest and exclaimed, “Yes, my dragon costume has FLYING WINGS!  And [turning around to show] A POINTY TAIL!”  My favorite part was that when he wore his costume in the car, the little purple horns poked up high enough for me to see them in the rear view mirror.  Just the horns.  Love it.