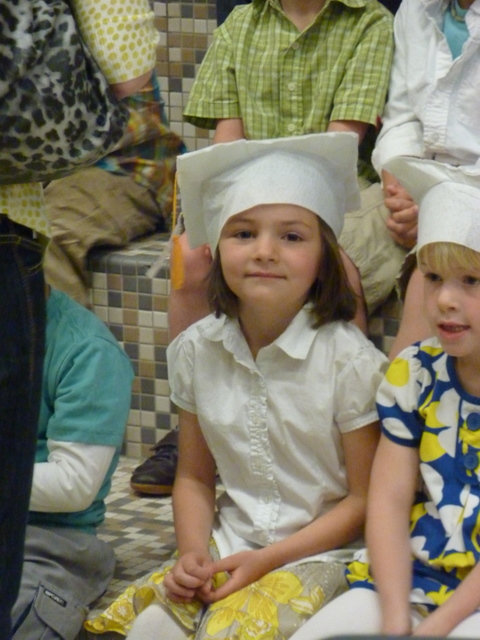 What’s cuter than a kindergartener in a graduation cap?  Well, I’ll show you: 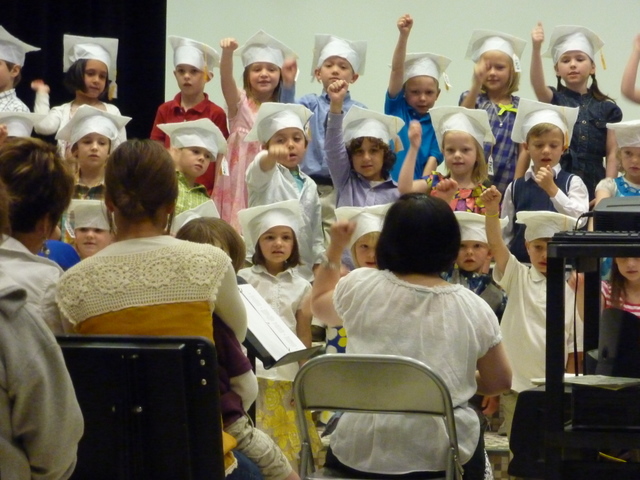 This was all part of the graduation ceremony/singing presentation given by the entire kindergarten class at the end of the school year.  And it was only 40 minutes long!  And that included time spent at the cookie table afterwards!

I only mention this because Jeffrey’s kindergarten singing program was TWO AND A HALF HOURS LONG. I love hearing little kids sing, but that was a little excessive. 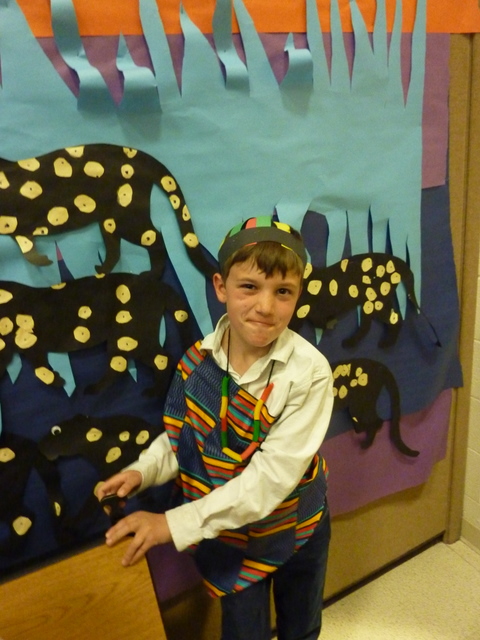 The second grade finished the year with a program about Africa.  Sweeping cultural generalizations aside, I found it pretty cute.  It was basically the same thing as the kindergarten program, only with more songs about world peace. 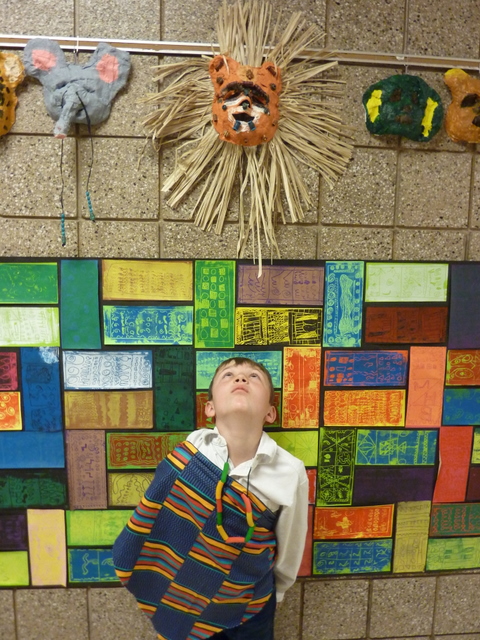 Each of the kids made these really cool animal masks as part of the study unit.  Jeff made the lion mask there.  Nice, eh?

*Oh, the fist pumps were part of a song called “America Rocks!”  While I’ve nothing against synthesizer-heavy patriotic power anthems from the 80s, I still can’t understand why the kindergarten kids can’t learn a patriotic song like “My Country, ‘Tis of Thee,” or “America the Beautiful,” or something else they’ll be expected to know the words to later on in life.  But then, again — “America the Beautiful” has little potential for cute hand motions.  No fist pumps there, bro.