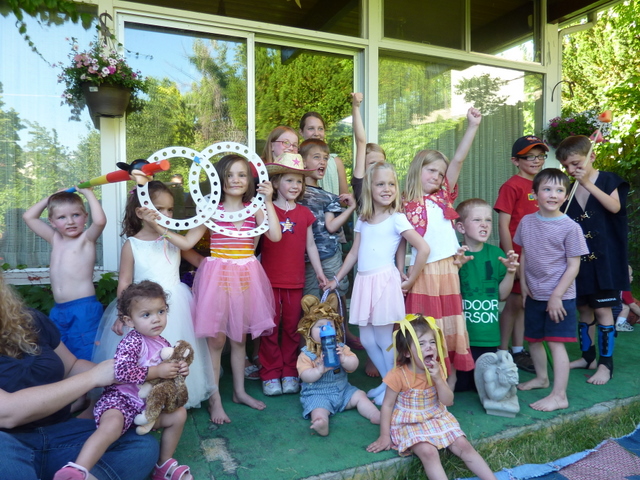 Yup, backyard circus.  If you’re new around these parts, here’s the concept: kids put on adapted circus routines in my backyard.  Doting adults applaud and cheer.  A hot dog roast is also involved, and at the end, everyone eats ice cream.

Brian and I began hosting these on a somewhat annual basis back when we lived in Pittsburgh.  The previous circus was held in 2009, you can read about it here.  Last summer I was too sick/exhausted with early pregnancy to organize one, and my kids were really disappointed.  This year I decided to make amends.

Which means I cleaned off the back porch.  This was a serious undertaking of heroic proportions.  But it was worth it!  The kids came up with such clever ideas for their acts!  Here’s a sampling:

Eleanor was a juggler, who spun rings on her arms while standing on a balance board . . . with a CAKE ON HER HEAD! 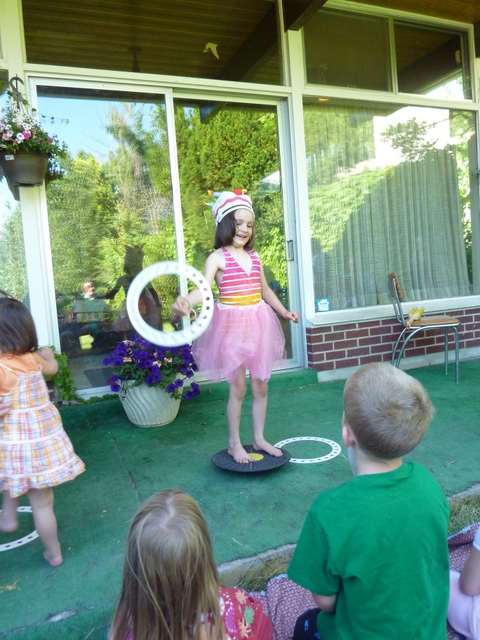 William was a sword swallower, using those plastic telescoping lightsabers.  It was darn adorable, especially when he referred to himself as a “sword sucker.”  When the act began, my friend Justin yelled from the back row, “No, Luke!  It’s not worth it!”

Annnnnd Jeffrey.  He had the most unusual performance of all.  During the week leading up to the circus, he kept coming up with outlandish, impractical ideas for his act.  He wanted to build a boat in the backyard.  He wanted to bounce off a trampoline and smash his (helmeted) head into a wall.    He would accept no substitutes.

So he was kind of bummed when we informed him that none of these ideas were going to work.  After a lot of brainstorming, he finally came up with something that could:

He had a duel against a kitchen chair . . . using a rubber chicken. 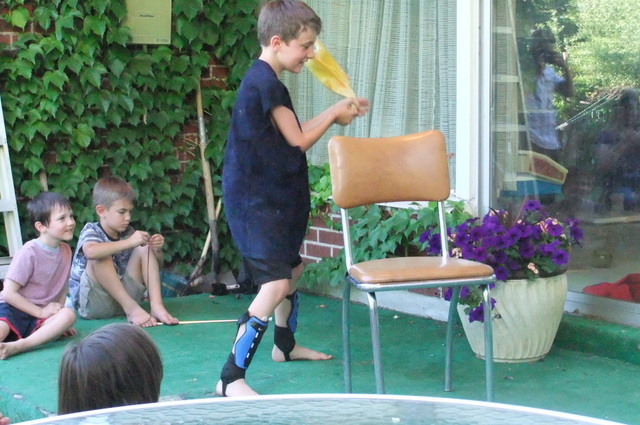 Obviously, this was inspired by The Great Gonzo from The Muppet Show.  The bad thing is that this picture really doesn’t capture the ferocity with which Jeff attacked the tuna salad out of that chair.  The other bad thing is that Jeff was originally going to wear a Roman centurion helmet as part of his costume, but it got too hot so he took it off.

Oh, yes — one more thing: this was also an unofficial birthday celebration for me.  34 years!  Whoa!  My sweet in-laws brought this yummy ice cream cake. This was an excellent choice, as my love for Baskin-Robbins’ whipped cream frosting knows no bounds:

Plus they also brought clown cones for the children.  (They are amazing in-laws, no?)  This caused a Nostalgia Moment for many of the parents in attendance: 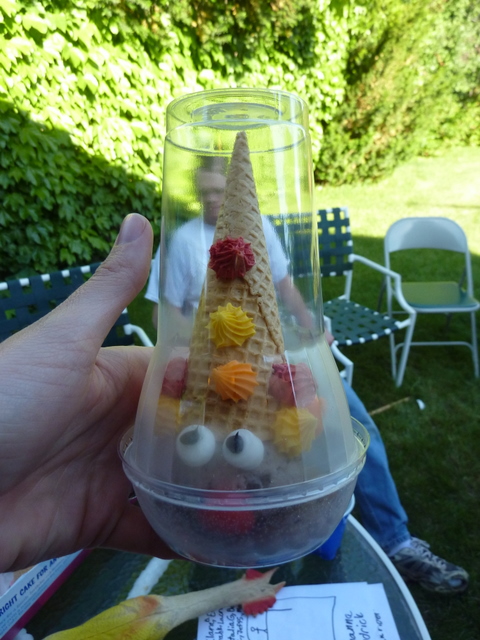 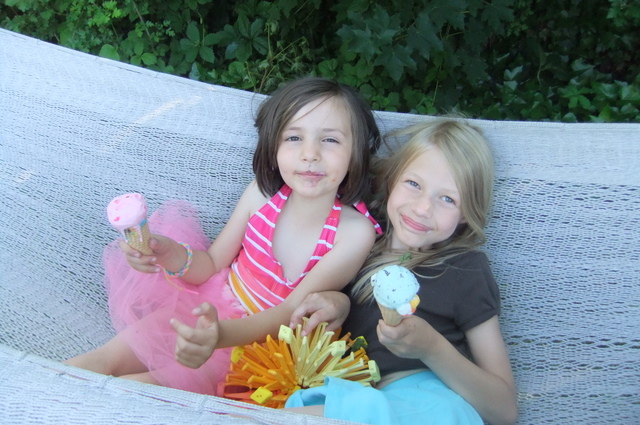 The kids are already begging for next year’s show.  It’s definitely on — maybe next year I’ll finally convince one of my children to be a snake charmer.  (What?  They’re cool!) 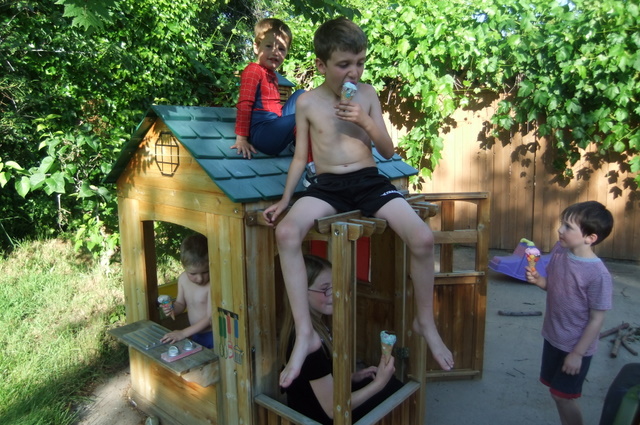