Did I mention that Eleanor is a Daisy Girl Scout? 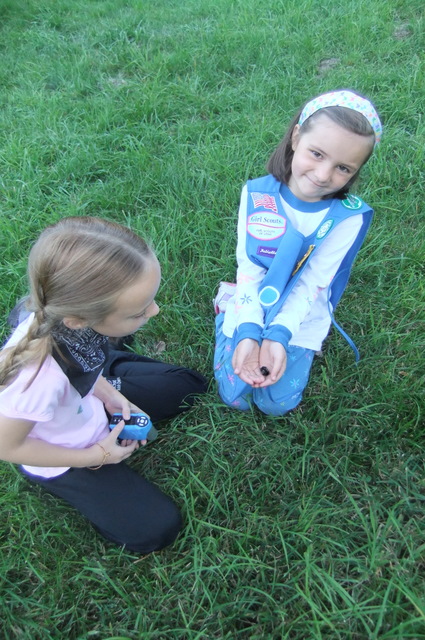 Well, kind of.  She’s troopless.  I’ve tried for the past many, many months to start a troop, but I can’t find anybody to run it with me (you need two leaders to have a troop).  Most of my good friends live too far away to make it practical, and those who live close by don’t have daughters Ellie’s age.  So, she’s a “Juliette,” which is a class of rogue Girl Scout.

But she still gets to go to camp!  Which is what she did with her grandma this past weekend.  It was a one-night minicamp for kids with an adult.  Very fun stuff.

They slept in the Trefoil Lodge, up Provo Canyon.  Eleanor turned herself into a Sleeping Bag Monster . . .

. . . and got piggy-back rides from lots of new friends.  The camp had a “cowgirl round-up theme, in case you’re wondering about the hats. 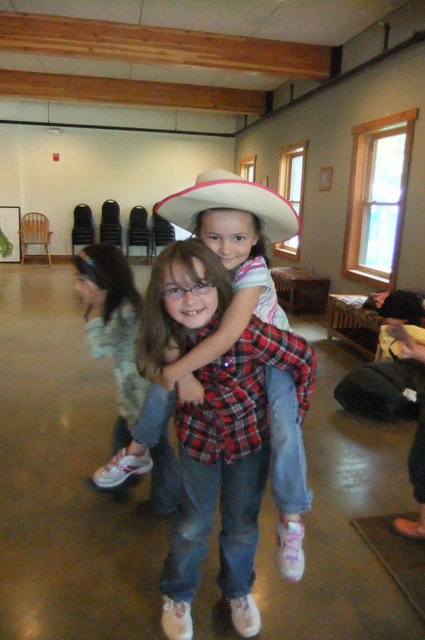 On the first day, the campers went hiking and found a nest of baby garter snakes.  They cooked “brown bears” over a campfire (cinnamon-sugar-dipped biscuit dough toasted on a stick), sang silly camp songs, and looked at the stars with a local astronomer and her telescope.

The next morning they learned some country dance steps.  I think Eleanor and her grandma performed particularly well: 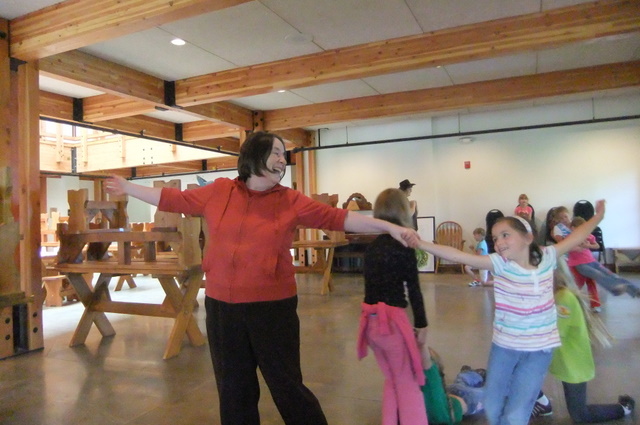 And if that wasn’t exhausting-sounding enough, the girls then spent the rest of the day doing arts and crafts: dipping candles, painting picture frames, and tie-dyeing shirts.  Eleanor’s candle is pleasingly funky: 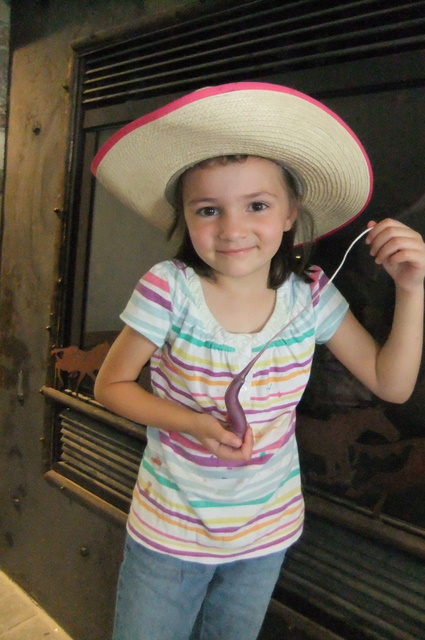 And did I mention MORE brown bears before lunch?  Taaaaasty.  Kathryn was so impressed with the camp that she’s already asking to take Eleanor on the next one in January (they get to go snowshoeing!).  If I didn’t have a little nursing one at home, I’d take Ellie myself.  Thank goodness for grandmas who can stand in for me when duty calls!

One thought on “Letters From Camp”