The most obvious answer, of course: bring the grandchildren on a tour of the East Coast!  Specifically Washington, D.C. and surrounding touristy areas.  Yes, this all really happened.  About a month ago to be specific, right on the heels of Eleanor’s baptism and a whole week of Paw-Paw Days.

I was chosen as chaperone.  Whee!  I went to high school in the suburbs of D.C., so it was doubly exciting to revisit my old stomping grounds.  Jeffrey and Eleanor were chosen for the trip; the little guys stayed behind with Dad.  (Of course, now the sainted Kathryn is now planning for the little guys to have their own trip to Boston in 5 years.  Because we just can’t get enough of that sweet intra-continental travel stuff.)

In other words, this blog is about to take a long detour into travelogue land.  And yes, there will be two weird squirrels.  But more on them later. 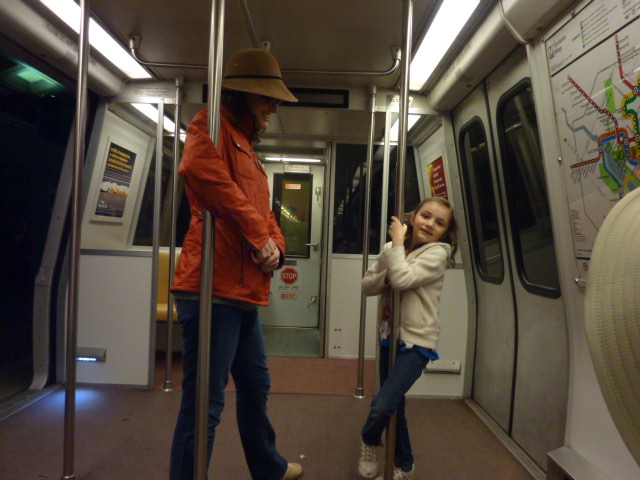 Our first real outing into the city was with Aunt Natalie and Uncle Michael.  Natalie works as an attorney in town, and has a small (but lovely) apartment just two blocks away from the White House.  We met her and Michael there and took the Metro up to the 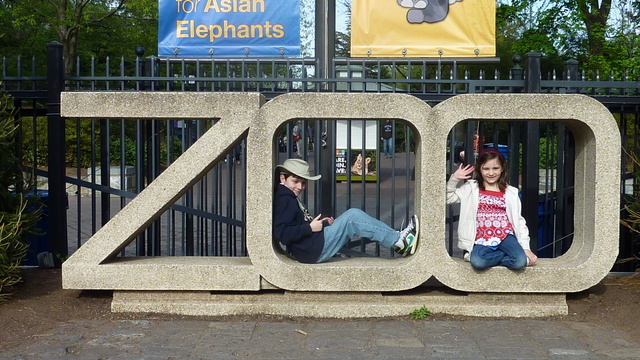 To tell the truth, this wouldn’t have been on my personal travel itinerary, but Natalie really, really wanted to show her niece and nephew the panda.  And who am I to stand in the way of such enthusiasm for fuzzy roly-poliness?  I even brought Natalie a copy of Mrs. Harkness and the Panda (excellent children’s nonfiction title from 2012) as a thank-you gift.

I remember seeing Ling-Ling and Hsing-Hsing back when I was a teenager.  This time we saw . . . Mei Xiang, I think.

Boy, can she chew that bamboo!  These photos were taken in a panda-ravenous crowd of about 60 people, all simultaneously straining necks, hoisting smartphones into the air, and shoving small children to the front for a better look.

We had all brought bowls of frozen yogurt into the zoo with us.  Mango fro-yo with fudge sauce and pandas: you really can’t beat that combination.  Seeing all seven of us parade by with the treats caused more than one child in the zoo to complain, “but look, Mom, everyone here is eating yogurt!  Why can’t I have some?”

The White House: a.k.a. Natalie’s Backyard

This (above photo) was as close as we could get, owing to the Boston Marathon bombings.  Security was amped up.

I was charmed to see that the exact same anti-nuclear protest that I saw in the 90s was still there.  Which meant that I was immediately bombarded with questions from Jeff about what nuclear war is, and how it works, and so on.  It was what would prove to be the first in a series of  awkward questions about U.S. history.  Eleanor’s face says it all. 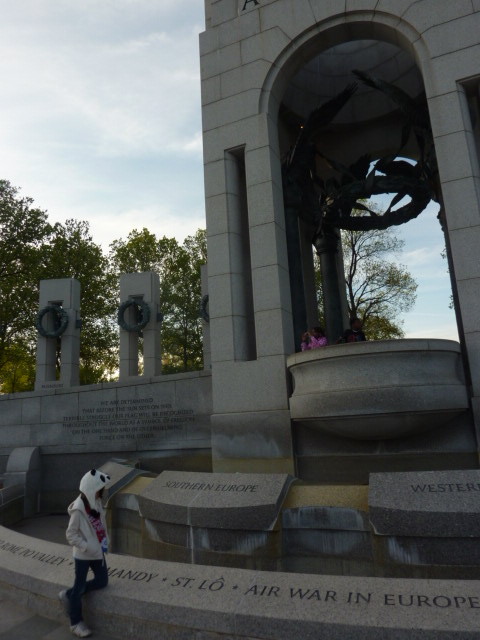 The Far End of the Mall

And then, a brief evening sojourn in Memorial-Land.  I love the WWII memorial, it is enormous.  Cue Awkward Barrage of Questions from Jeffrey #2!  And why isn’t there a big memorial for WWI on the Mall?  Is it somewhere else?

I made fun of these people on the Segways, but secretly craved one.  Or at least a bicycle.  The Mall is not scaled for human-style pedestrian traffic.  It is made for Ents.  Gosh, that’s a long walk.

The kids really hadn’t heard of the Lincoln Memorial outside of “it’s that place on the back of the penny!”  Which is the only possible reason I can think of to explain why we still have pennies.

. . . was at a restaurant appropriately called Lincoln.  The floor was tiled with pennies.  They served delicious small plates, most of which were great, but I call foul on the deviled eggs.  If a deviled egg costs $5 it should taste like it just won the Oscar for Best Supporting Ovarian.  These tasted like something I could make.  However the restaurant also had lovely hand-stenciled walls in the bathrooms, so I call a net-positive for Lincoln.  Because I am the most highly distracted food critic ever.

See?  Hand-stenciled!  There were different patterns in each of the stalls! 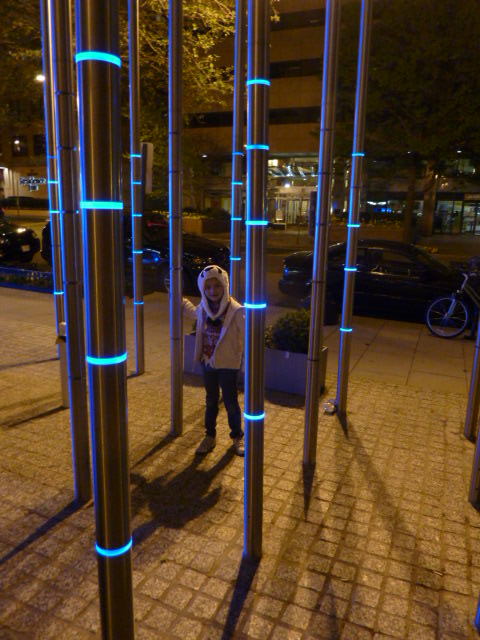