Autumn in your family might conjure up such seasonal touchstones as sweaters, crunchy leaves, pumpkins and the many pumpkin-flavored junk foods that are crammed into every vacant space in America.

But in an academic family, autumn also means Conference Season. This is when Brian is gone for many days at a time, traveling hither and thither to professional conferences. Most of them are in October and November, although some of them are in the spring (I sometimes call spring “mini conference season”).

This year isn’t so bad; Brian only has three conferences to attend and two of them are already over, including the biggie: the week-long American Society of Human Genetics mega-con (which is held every odd year in Canada, so it was in Vancouver this year).

This year marks the first time that, since all my kids are now in school full time, I could attend a professional conference as well!

I was invited by my fellow members of the Puget Sound Council for the Review of Children’s Media (or PSC for short) to go to HackWLMA, the con for the Washington Media Library Association, aka school librarians (or, as they prefer, “teacher librarians”). (I wasn’t singled out; everyone in PSC is encouraged to go.)

Next year it won’t be called anything at all since WLMA is being incorporated into the larger Washington Library Association meeting.

Even though I’m not currently employed, it was great to be with “my people” and have lively discussions about G Suite for Education and school funding woes and the best books of the current publishing year and everybody was spouting clever ideas to get more books into the hands of kids and helping teachers incorporate more literature in their curricula.

The keynote speaker was John Schumacher, aka “Mr. Schu,” who is currently Scholastic’s School Librarian Ambassador and teaches at Rutger’s. He has a gift for booktalks and enthralled a whole lecture hall with enthusiastic glee over his favorite titles for kids from 2016. I got go onstage and helped him read the newest “Ballet Cat” book to the audience, which was very fun.

My favorite workshop was one about creating “makerspaces” in school libraries. The presenter was a teacher librarian from Spokane who has come up with ingenious ways to make STEM kits and maker kits available to kids in her school, both for in-house use by teachers and via kits kids can check out and take home. 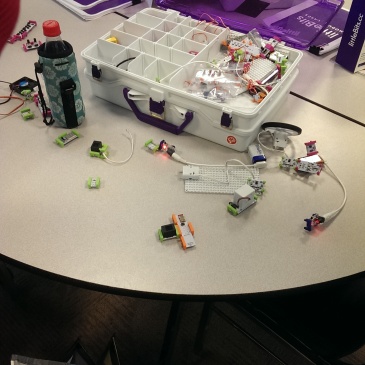 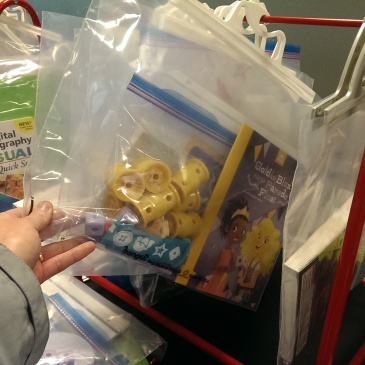 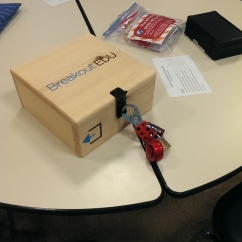 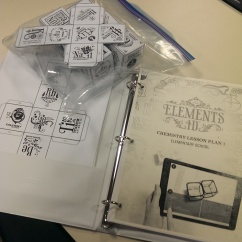 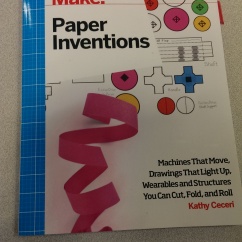 There were scores of tables loaded with techie toys and I got to play with them all. My favorite was experimenting with the Little Bits kits (which are very pricey, so I’ve never been able to tinker with them before). Another conference attendee and I tested out the wireless transmission Bits and made a buzzer sound on opposite sides of the room. I’m sure everyone loved us.

Once again, I am tempted to go back to school to get a teaching endorsement so I can be a school librarian. But I know that right now is not a good time. My kids aren’t self-sufficient enough to get themselves to school without my supervision, and ditto with after school homework and activities. Employment as a school librarian would require me to be gone during those times, and Jeff is barely getting out of the woods, academically. But it’s fun to imagine doing that.

Speaking of Jeff — Katie and I got to see his final cross country meet this week!

His school was competing against the other middle school in our district. The kids, parents and teachers create a really supportive environment for XC that I really like — everyone was cheering for everyone. One kid had to stop mid-course because he couldn’t breathe, but then picked himself up and completed the course afterwards, minutes after everyone else had finished, which is admirable. 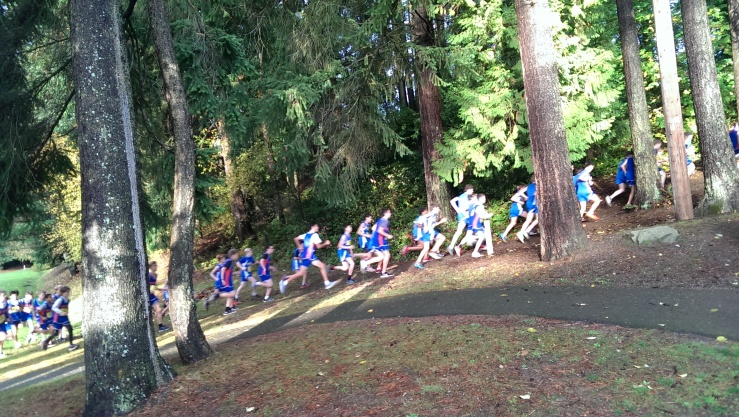 Jeff was 78th or something. We don’t really care, it’s more about getting fit and becoming a better athlete. This course was at Hamlin Park, which I am familiar with because it’s where Katie used to attend Froggy Holler Outdoor Preschool. It’s a tough course, those woods are full of very steep hills! 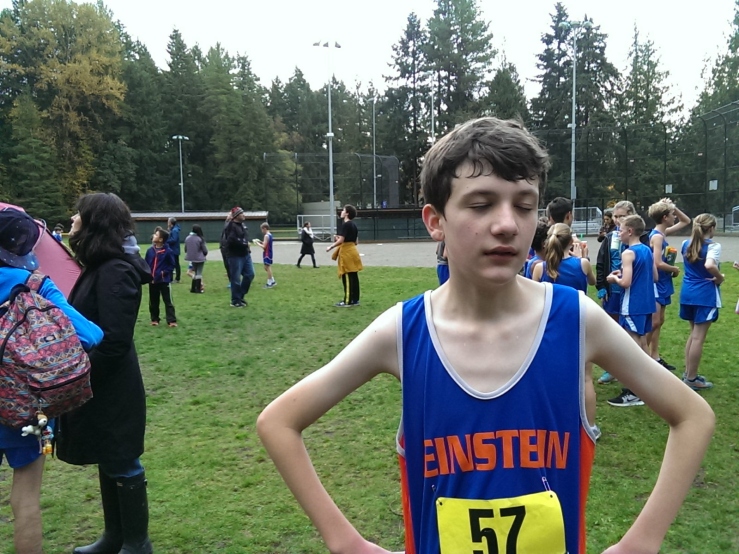 I want to encourage Jeff to stay on and participate in track in the spring, although right now he’s balking at the idea. But I think he’ll warm up to the idea in a few months. 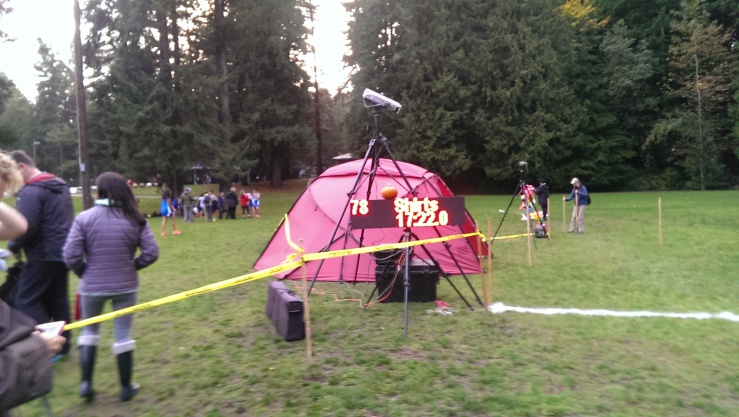