We had a magic moment this week: 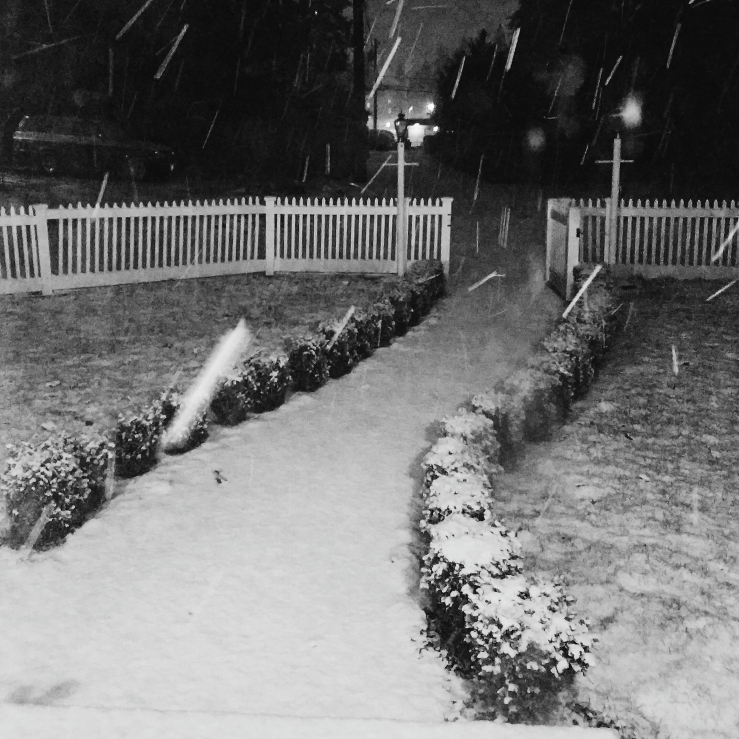 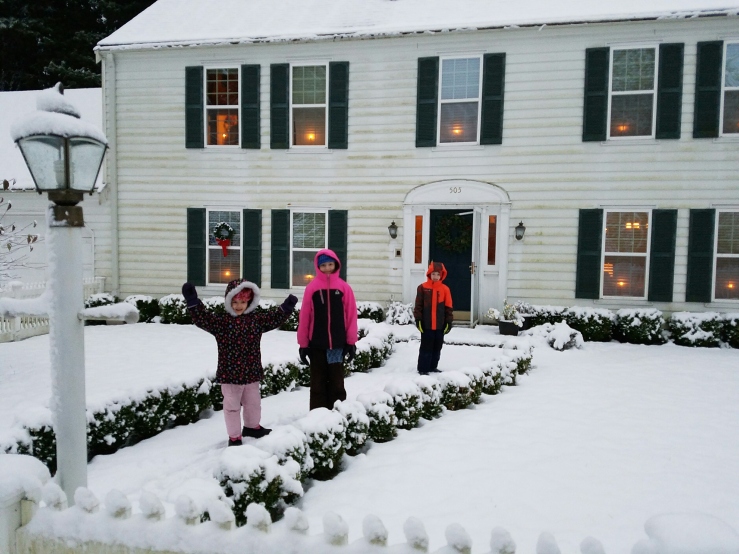 SNOW! Real snow, not the piddly half-inch we’ve gotten in previous years. A good three-inch snowfall, enough to cancel school and shut down the town. My kids were thrilled. Eleanor mixed up pancakes for everyone to eat and then the whole crew headed out the door to play with all the other kids in the neighborhood. 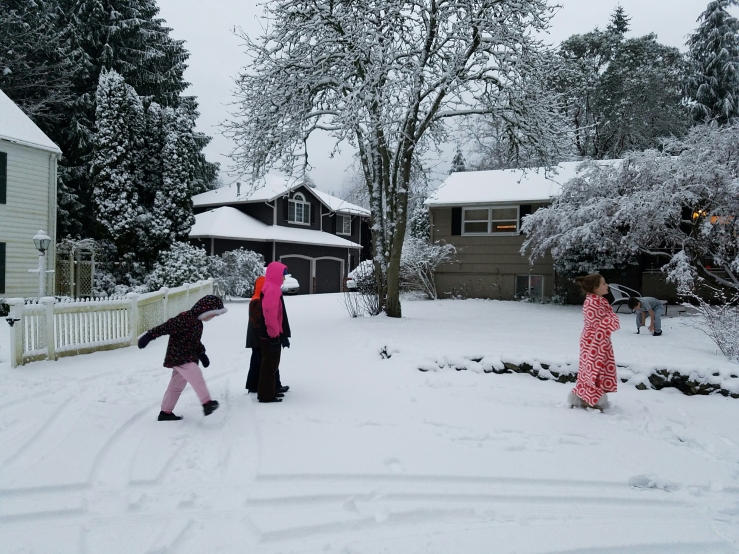 They stayed outside for hours. I had time to make myself an apple waffle for breakfast, then mix up a giant mug of sugar-free hot chocolate to drink while I practiced Christmas carols on the organ. I was decked out in my best Fair Isle sweater and watching flakes blow around outside while I pounded out “See Amid the Winter’s Snow,” which is my new favorite carol of the season. 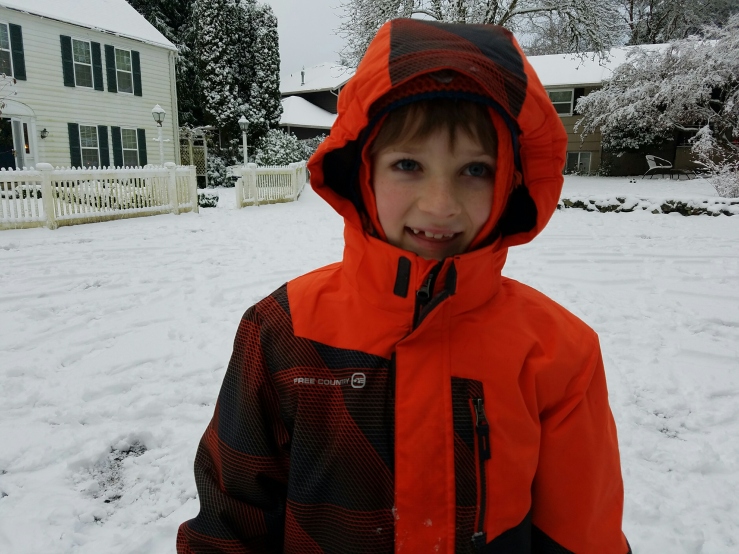 The kids around the block were in and out of each others’ houses all day. Eleanor and Katie were at their friend Layla’s for almost the entire afternoon!

It’s too bad I didn’t seize the opportunity to go to Costco. Snow days are the best days to go there, the place is usually deserted.

And yes, I’ll admit that I got snappy when I had to say “no, you can’t play video games” for the zillionth time in a row. William threw a full-bodied hissy fit over it. Augh.

The only downside to the snow is that it also cancelled the Friday evening performance of “Bad Apples,” the elementary school’s musical. To make up for this, the school decided to do two performances in a row on Saturday. We had already purchased tickets for the Saturday matinee, so it wasn’t much of a schedule change for Brian and I  (and Kristen, too, who came along to watch), but for Eleanor and William it was absolutely exhausting.

But fun. They didn’t regret one moment. The play was based on Snow White, and was written by the same team that created the adaptation of “Alice in Wonderland” that the school performed back in the spring.

Jeff didn’t attend the matinee with us because he was busy performing with the Seattle Children’s Choir, who was having its Christmas concerts at the same time. Doesn’t he look all studly in his choir tux?

We are all attending the Sunday evening choir concert today. I can’t wait to hear it! They are performing “A Scandinavian Christmas” this year and I’m looking forward to some beautiful carols.