Last year for Midwinter Break, we had a staycation where I picked out different geeky themes for each day.

Let it be firmly stated that I did this even though I was nearly done with being the Entertainment Butler from the previous two weeks of Snopocalypse school closures. Ahem.

Anyway, we kicked off Geek Week with a screening of Willow, or as I call it, “Lord of the Rings: The Trial Run.”

I’m happy to report that this movie has held up very well since its 1988 premiere (although the Sorcha/Madmartigan love plot is still pure cheese).

Okay, I admit it. I fell asleep. Please keep in mind that I will sleep through anything if it happens around 2:30 p.m.

Day Three of Geek Week was a Simpsons marathon. We watched “Homer the Heretic” while eating Homer’s Patented Out of This World Moon Waffles!

(Well . . . they were really just regular waffles with buttermilk syrup. The actual waffle recipe from the show would destroy my waffle iron.)

Then, after our morning chores, we went to the Donut Factory (which we hadn’t ever visted before) to pick out treats for the afternoon portion of the marathon.

Turns out they had a pink frosted donut with sprinkles called “The Homer”! Perfect! 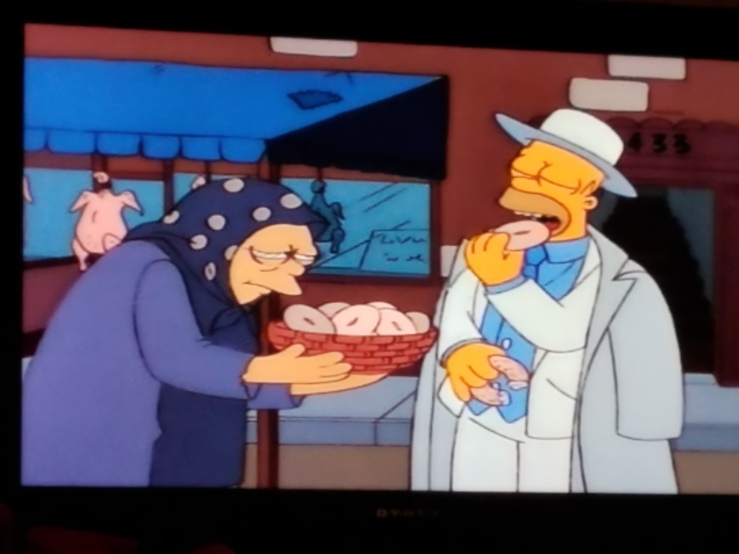 It was so fun watching some of my favorite episodes with the kids, especially now that Eleanor and Jeff are old enough to get most of the jokes. We watched “Marge vs. the Monorail,” “Last Exit to Springfield,” “Lisa the Vegetarian” and “Lisa the Iconoclast,” and they were all big hits. (And yes, I typed all those episode titles from memory. Geek Week, remember?)

We also watched “A Fish Called Selma,” because I remember Caitlin saying it was her favorite episode (because it has the Planet of the Apes: The Musical sequence) but it didn’t go over as well with the kids.

Day Four of Geek Week was spent at the Living Computers Museum. Brian got us a family membership during my parents’ visit, so I figured we should use it!

It was a lot of fun. There were a whole bunch of new AR games to play; Katie especially liked an educational one where she got to run a virtual pizza parlor.

I liked the exhibit where you can use vintage 90s MS Paint to go along with a Bob Ross episode.

I tried to teach Eleanor how to program in BASIC but she wasn’t impressed.

But she and William did love making their own punch cards. 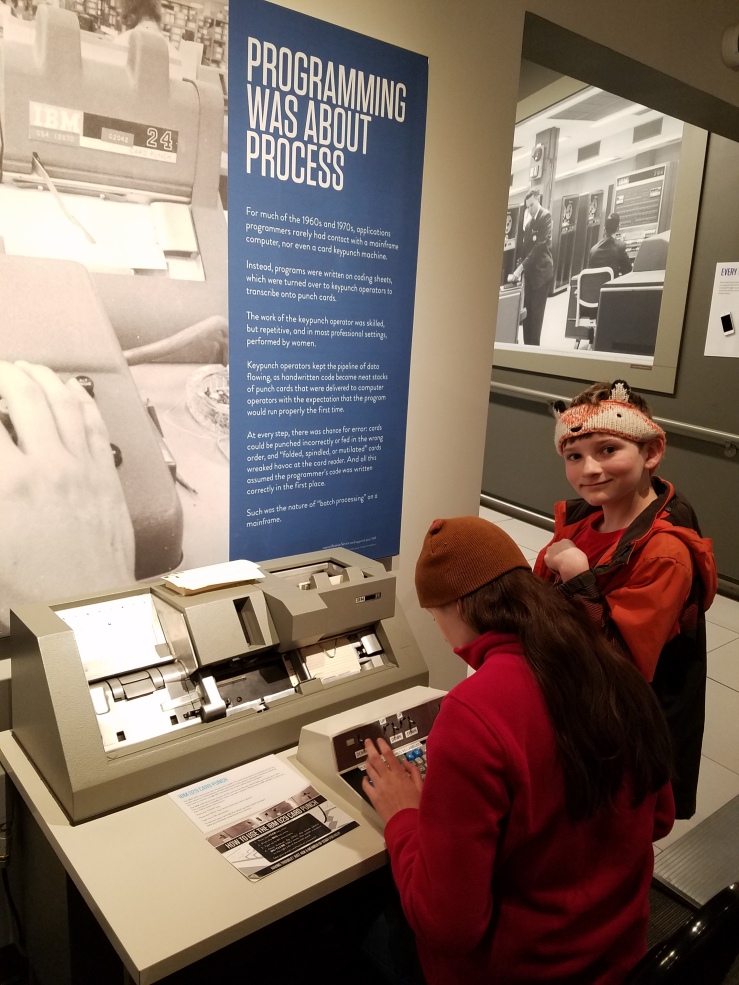 Meanwhile, Jeff spent a long time playing “Age of Empires” while complaining that “it takes so long to load.” Welcome to my adolescence, kid.

Finally, the last day of Geek Week was celebrated with an afternoon at the Another Castle video game arcade. Most of my kids hadn’t ever been to an arcade before.

But my favorite moment was crushing Eleanor at Tetris. There are few pleasures in life as satisfying as that.

And everyone tried out the dancing game, which kind of got derailed when handfuls of quarters bounced out of pockets. Whoops!

All in all, a fun week . . . but boy was I ready for regular school to resume. Whew!