Sometime this summer Katie decided that she wanted to be a chimney sweep for Halloween.

I admit to being taken a little off guard by this request. Was she absolutely sure she didn’t want to be a witch or a fairy or a pirate?

“No, I like being a chimneysweep because it something both boys and girls can be.”

Okay, fair enough. And with a wave of my Amazon wand, we procured a newsboy cap and a bristle brush-thing, and — hey! Why not get everyone in the family to be Mary Poppins characters?

Eleanor could be Mary, William still had his penguin costume from a few years ago, and Brian and I could be Mr. and Mrs. Banks!

Alas, we could not convince Jeff to join in and be Bert. Instead, he wanted to be Jeff Goldblum’s character from “Jurassic Park.” (It’s a meme. Just go with it.)

While I was slightly disappointed, you have to admit that Jeff pulled off the studly Ian rather well: 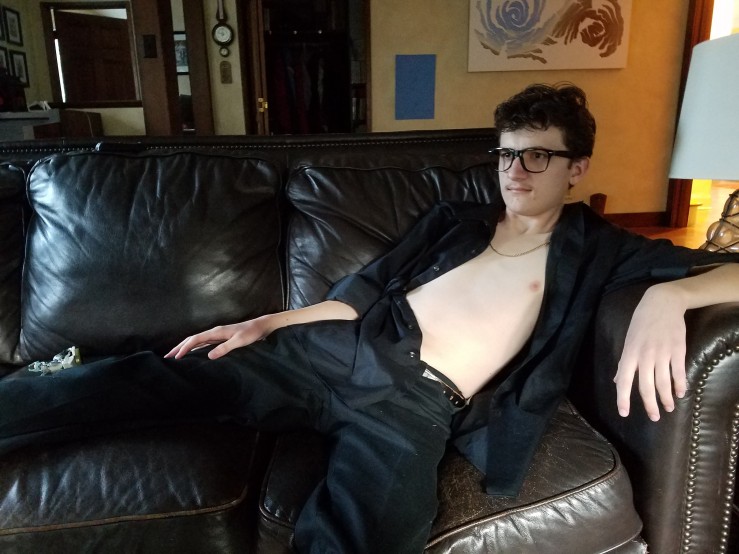 Meanwhile, the rest of us were all ready to go with our Jolly Holiday at the ward Halloween party . . . and then Eleanor was invited to hang out with her friend that night. So this was our group costume: Mary Poppins sans Mary. 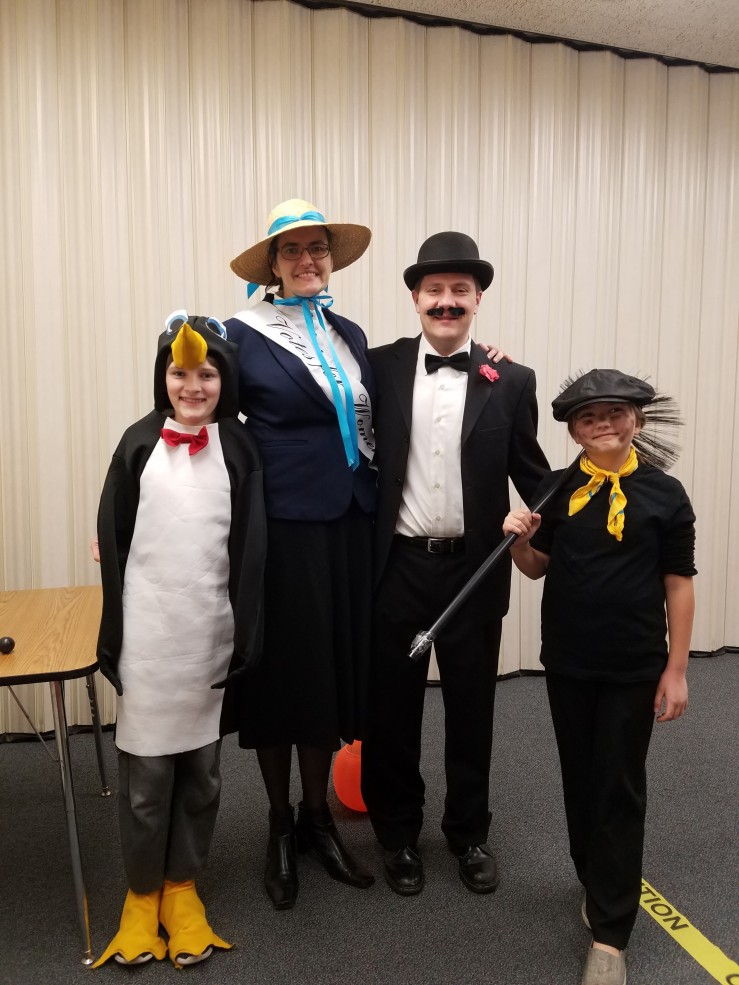 A lot of people thought Brian was supposed to be Charlie Chaplin. (Kudos to Mr. Chaplin, I guess, for staying culturally relevant in 2019.) I was assumed to just be A Suffragette, which I’m totally fine with (I looked nothing like Glynis John’s character at all).

We did convince Eleanor to make an appearance as Mary for the Halloween piano recital.

On Halloween proper, William decided to wear his Totoro costume from last year, since the penguin suit was a little on the small side. So much for thematic coherence. 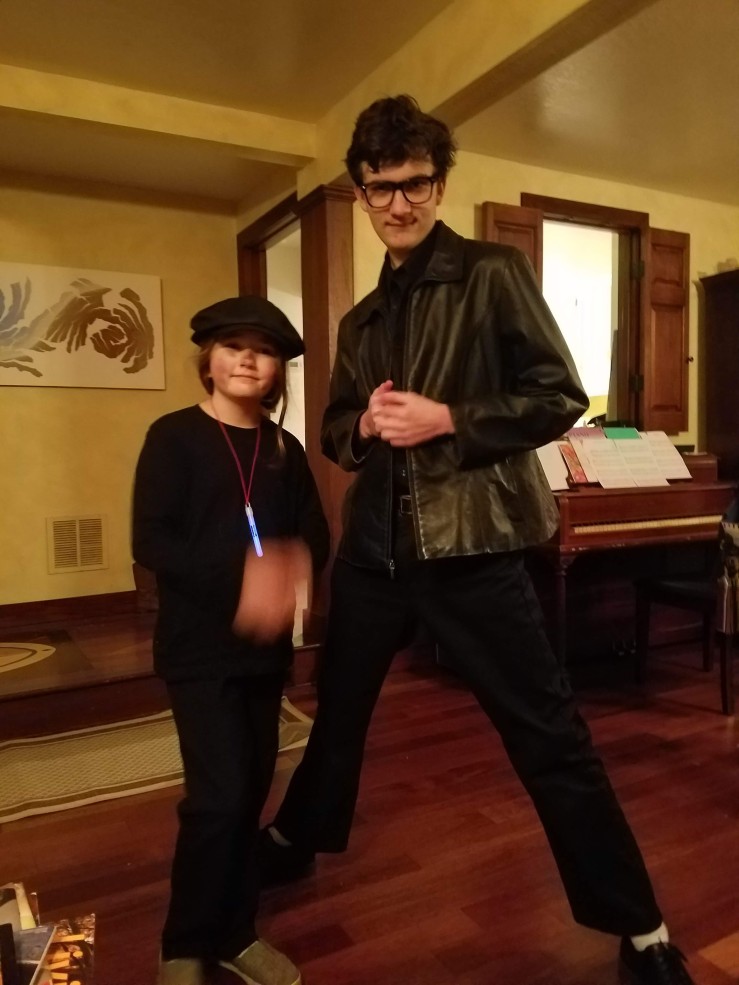 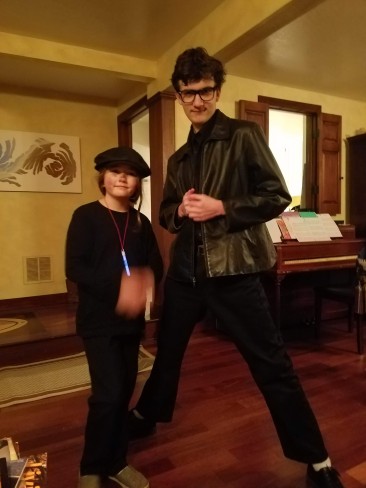 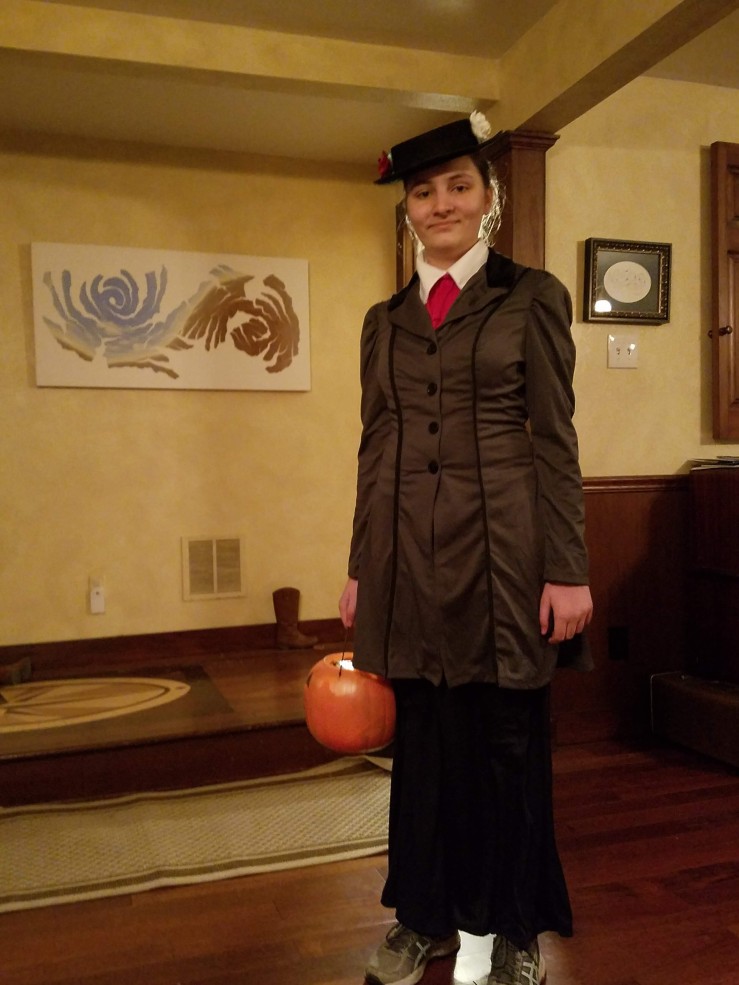 Eleanor went trick-or-treating with friends this year, and Brian took everyone else around the neighborhood. I stayed home and got some knitting done while watching “Hocus Pocus.” (It was freezing outside, okay?)

William came home with a collective 10.5 lbs. of candy. Which is patently nuts.

Katie decided to walk through a mini “spook alley” made by a family in the neighborhood, and came home rather spooked indeed.

Sums up Halloween for me!

(Oh, yeah and we carved pumpkins. William made a fox, Jeff a stormtrooper, Katie a kitty, and Eleanor made a rather amazing Cinderella coach. Brian also went to the elementary school pumpkin carving night and gathered 4 gallons of pumpkin seeds for roasting, so we had a super-abundance of seeds this year. Hoooo boy.) 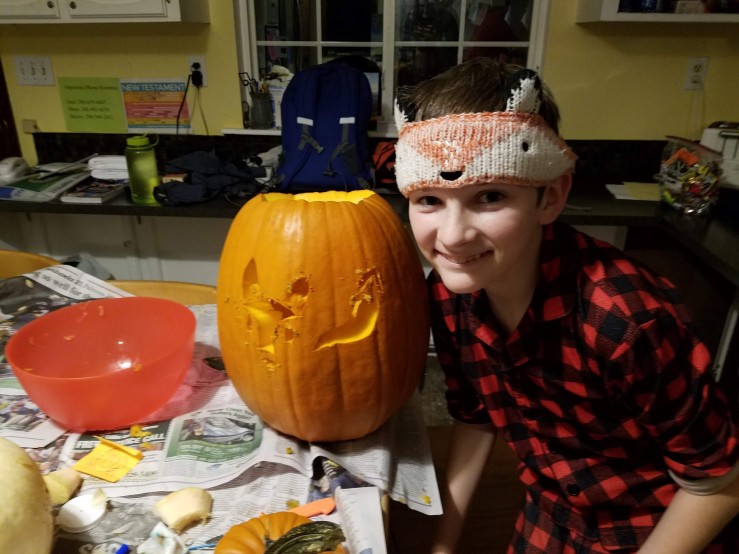 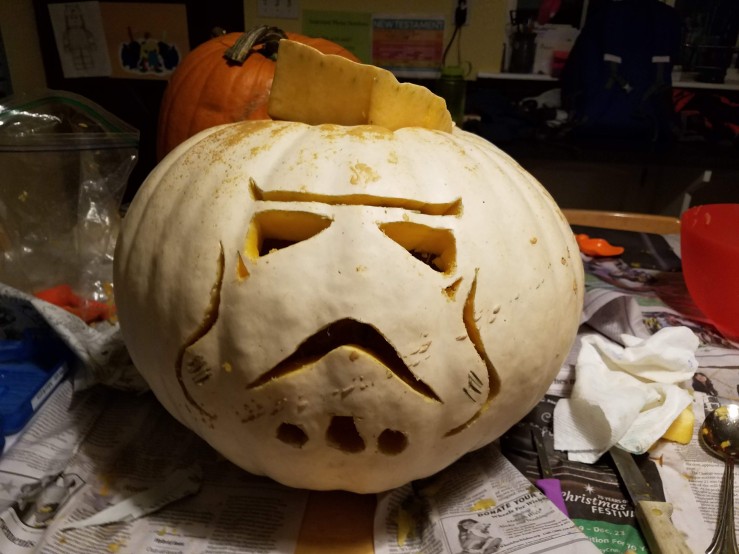 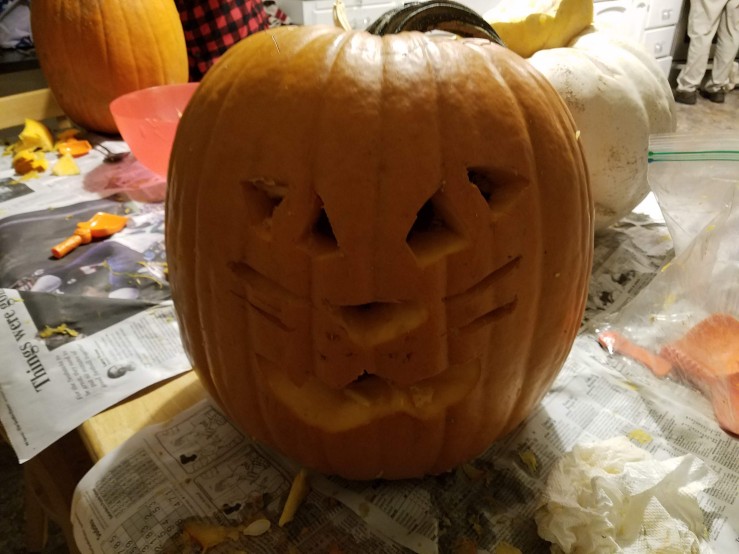