Yesterday we ventured out to see the 2013 Seattle BrickCon, known as the longest-running LEGO convention in the country.

In sum: an exhibition hall crammed with the most astounding LEGO projects people can imagine.

Brian and I decided that our favorite was the Super Star Destroyer being attacked by a giant red octopus.  Wicked awesome.

. . . . with a micro-Super-Star-Destroyer-attacked-by-octopus.  So cool!

Most of the projects were reasonably scaled, but there were two standout massive-scale projects.

One was an incredibly detailed replica of Rivendell from the Lord of the Rings films.  My photos really can’t do it justice.

Look!  The Dark Riders are getting attacked by the river horses! 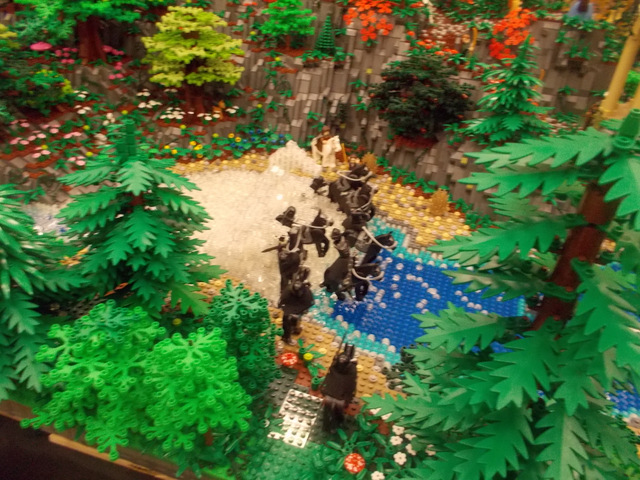 Sooooooo many tiny LEGO flowers.  It truly boggled the mind.

However, that mind-boggle was quickly overcome by the other massive-scale project: possibly the grandest, most detailed LEGO Hogwarts, ever.

SO HUGE.  Little doors were built into the walls to show specific scenes from the book, like the Wizard’s Chess scene from Book 1, or Harry escaping on the Hippogriff from Book 3. 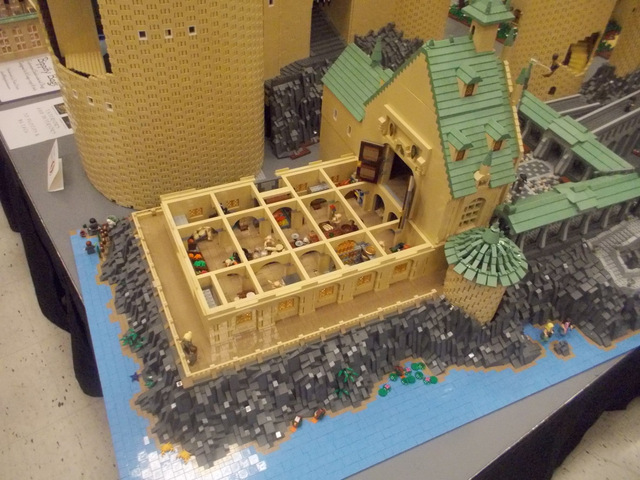 I wish I’d had a better chance to look around for more little details, but the crowds were thick and I had to move on.

Oooooooo, even the Quidditch pitch!!

Other Things of Note:

Giant Elaborate Castle (it was sadly overshadowed by Rivendell, which was placed right next to it) 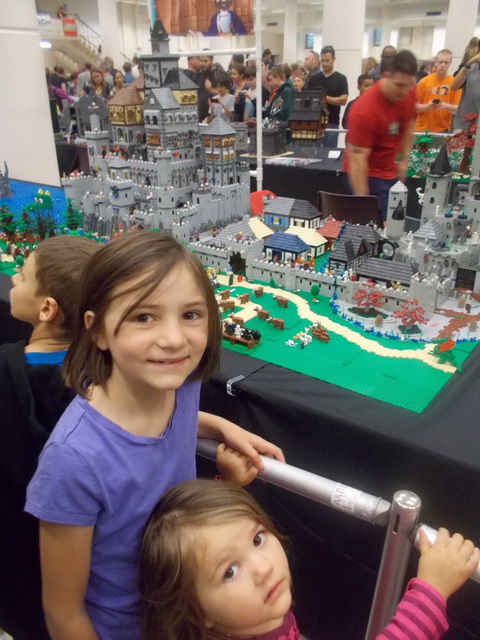 A “Crazy Town” that was put together by a group of siblings.  I liked this one, since it was obviously kid-designed and kid-built.  Excellent use of the pink “LEGO Friends” blocks, there. 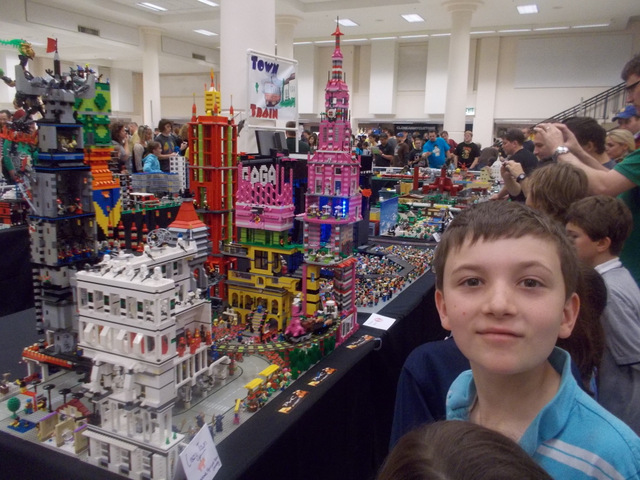 R2D2 (the head spun around and lit up) 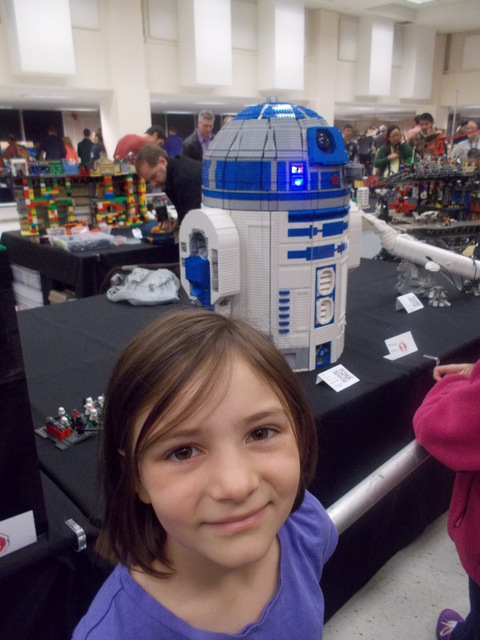 A Lady Gaga concert (the dancers on stage were automated)

EXTERMINATE!!  (There were a lot of Doctor Who projects)

Giant steampunk traction cities (there is an entire “steampunk” category for the exhibition, along with “castle,” “train & town,” “space,” “pirate,” “micro,” “cars,” “real world buildings,” “dark side,” “mechas,” “characters,” “2D,” and much more)

A scale model of a real-life Tibetian monastery

A timeline of famous battles in history (starting with two cavemen hitting each other with clubs)  — oh yeah, “battles” is another building category 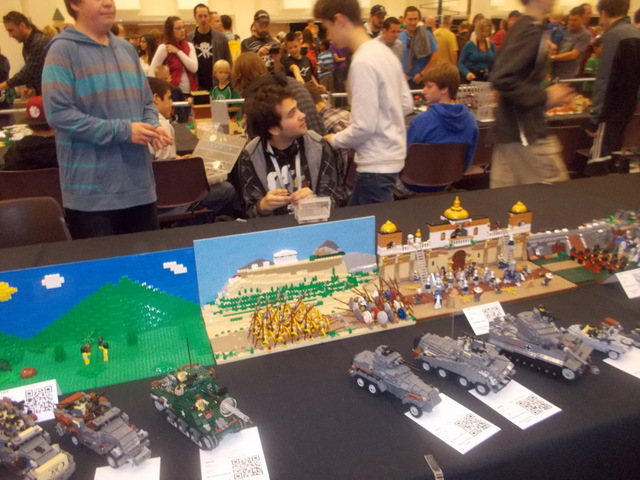 This adorable VW bus & trailer!  (I wish I had the real-life version!)  I loved the “cars” category — they all had trunks and hoods that opened to reveal tiny LEGO engines, just like at a real car show.  Look at the tiny red cooler on top of the bus!!  [swoon]

One thought on “Brick By Brick”