The Legend of Zelda has been William’s favorite fantasy play ever since Jeff had his Zelda-themed birthday back in September.  I even managed to find a homemade Link outfit at the thrift store, and William wears it almost all the time.

A few weeks ago, William went upstairs after school and spent a long time working on a “surprise” for me.  He insisted I close my eyes whenever I passed by.

Then, when everything was ready, he gave me this: 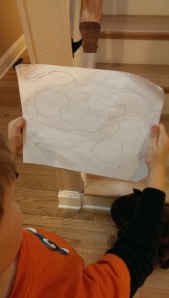 “This is a map,” he explained.  Then I was also given this Wind Waker wand: 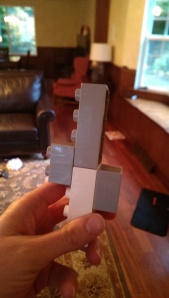 It’s not a sword, okay?  It’s a wand that, when you wave it like a conductor’s baton, makes magical music that defeats monsters.

Monsters such as this evil lizard that popped up out of nowhere!  Eeeek! 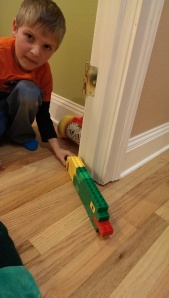 William gave me careful instructions on how to wave my wand the proper way.  “Like this, Mom.” 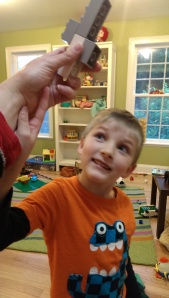 And the monster is defeated, uuuuuuuugh! 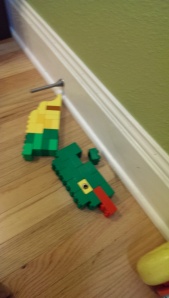 Other monsters leapt out at us from time to time as we continued our quest.  There was one in the laundry room . . . 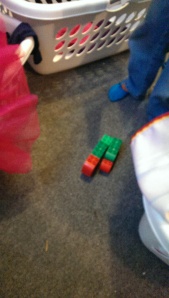 . . . and another one in the girls’ bathroom.  The wand made quick work of them all.  Of course, the really adorable thing was how William would dart ahead of me and hide, so that he could make the monster “spring” out at me with a growl.  I made the appropriate shocked surprised noises. 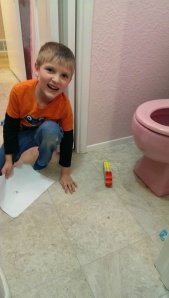 On my quest, I also acquired some magic healing potion . . . 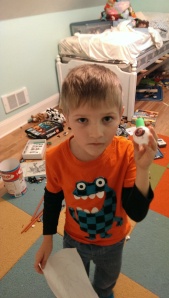 . . . and a helpful monkey who I could summon to help me fight bad guys.  William also gave me the fuzzy blue boa and told me to wear it on my head for protection. 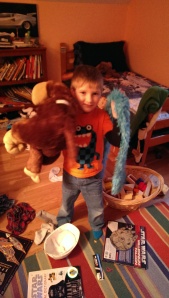 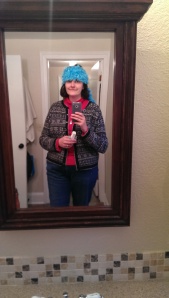 Surely it had become a Quest for Style.  Finally, after much travail, we came upon the dreaded Final Boss Fight.  Behold, Ye Dragon!!  It was so difficult to defeat that I had to use my potion and call upon the assistance of my pet monkey. 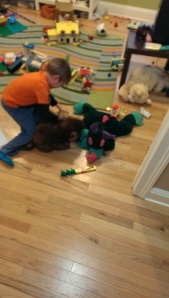 BUT DEFEAT HIM WE DID, and I was rewarded with these jewels: 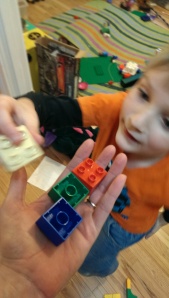 And I also got this fancy crown. 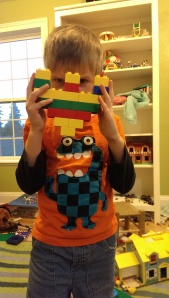 I had to use my wind waker wand to unlock the crown and take it home. 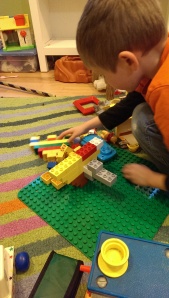 William insisted that I try it on.  So, now I looked like this: 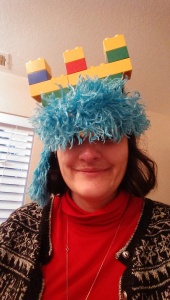 Clearly, we heroes know no shame.

2 thoughts on “William the Wind Waker”