HEY THERE GINGERBREAD FANS!  ARE YOU READY TO RRRRRRRRRUMBLE??

THE ARENA IS READY! 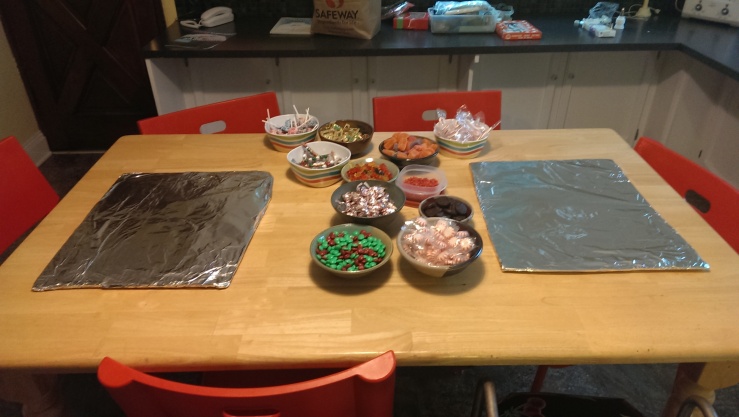 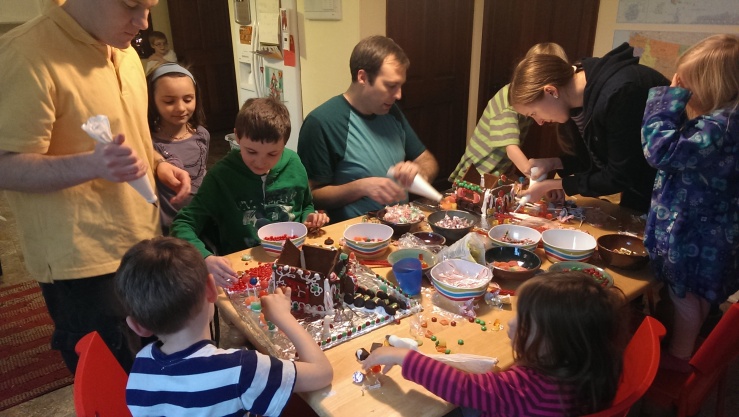 Silliness aside, I’m rather impressed that we managed to make houses this year.  I decided to go for 1 big house per family, instead of a little house for each kid.  This simplified things immensely . . . until I realized that the dough recipe didn’t make quite enough for two houses.  We ended up a roof short.

So, both we and our friends who we invited talked it over and decided to split the roof we had between both houses, and just leave one side open.  Then we made sure to create a little candy diorama inside the house for people to see when they peered in.  Our house featured a candy fireplace, and a little gummi bear sleepign in his gingerbed. 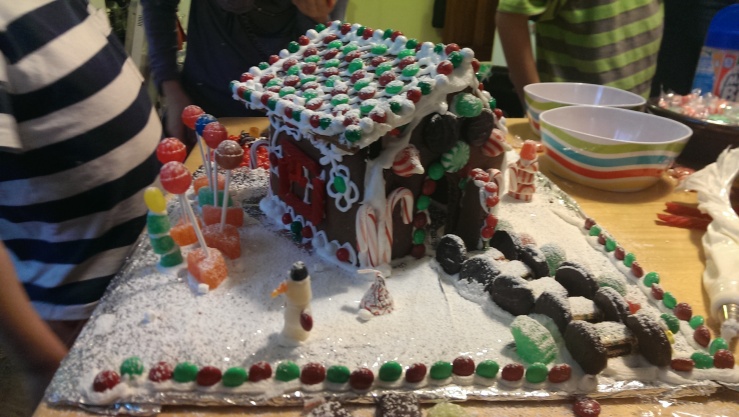 Not as crazy as the creations made by Brian’s family (Occupy Candyland, anyone?) but still fun and sugariffic.  And that’s all that really matters, right? 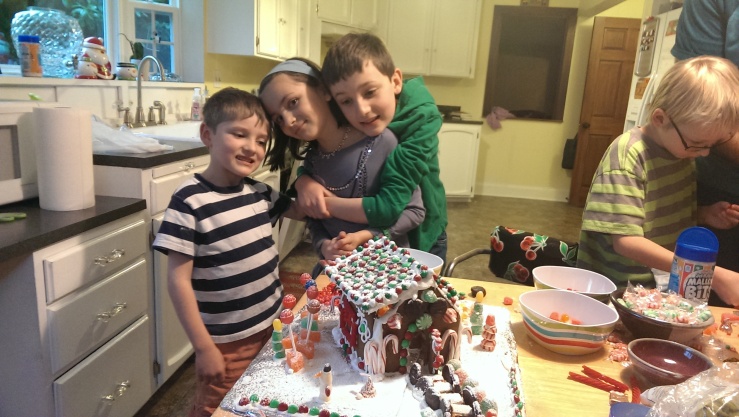