Jeffrey’s never really developed an interest or ability in writing anything by hand, so it has been quite the delightful surprise that Eleanor has taken to doing this sort of thing, which I found on my bed a few weeks ago: 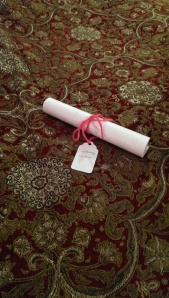 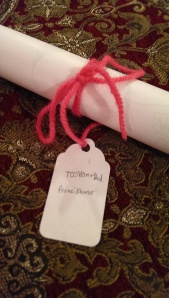 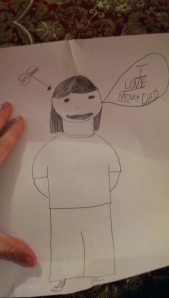 Amazing, right?  I don’t know if I would have really appreciated it without having Jeffrey first.  It’s like his disability throws the other children’s normal-ness into high relief.

In recent weeks, Eleanor has also put together a LEGO kit for William: 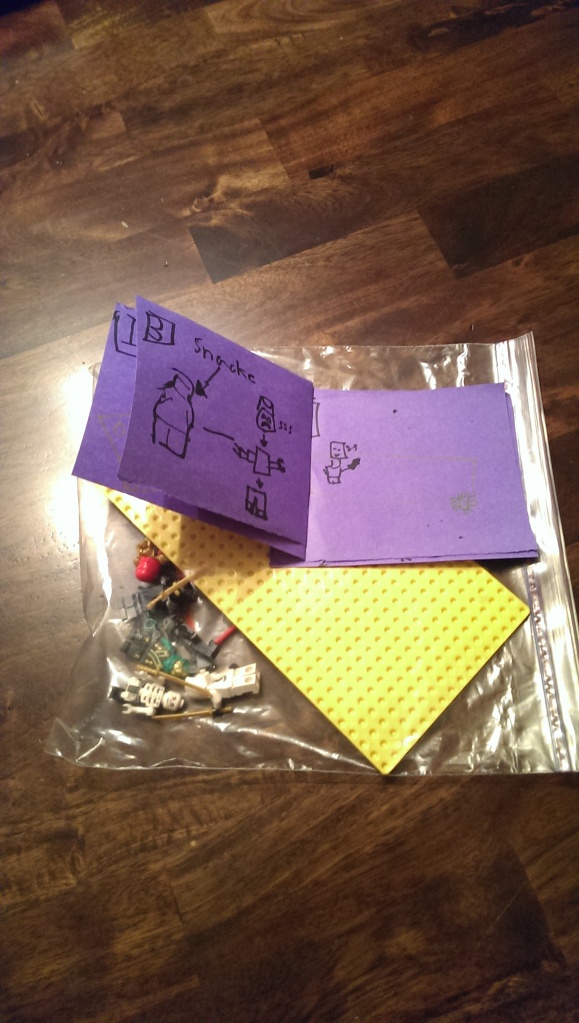 And she invited me to a Royal Ball: 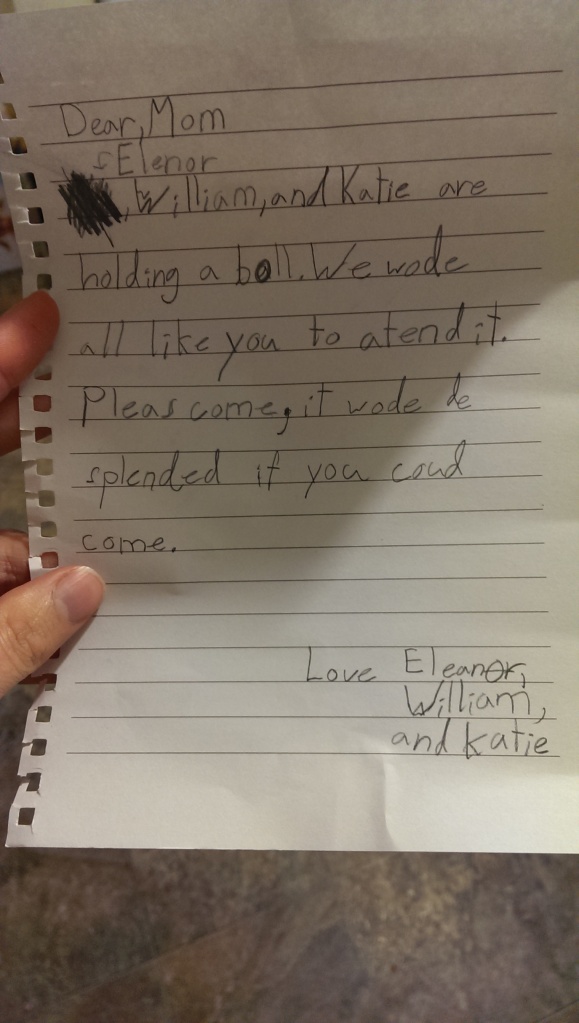 A few minutes after getting the invitation, she marched into the kitchen, slapped this sign on the wall, and then marched back upstairs without saying a word: 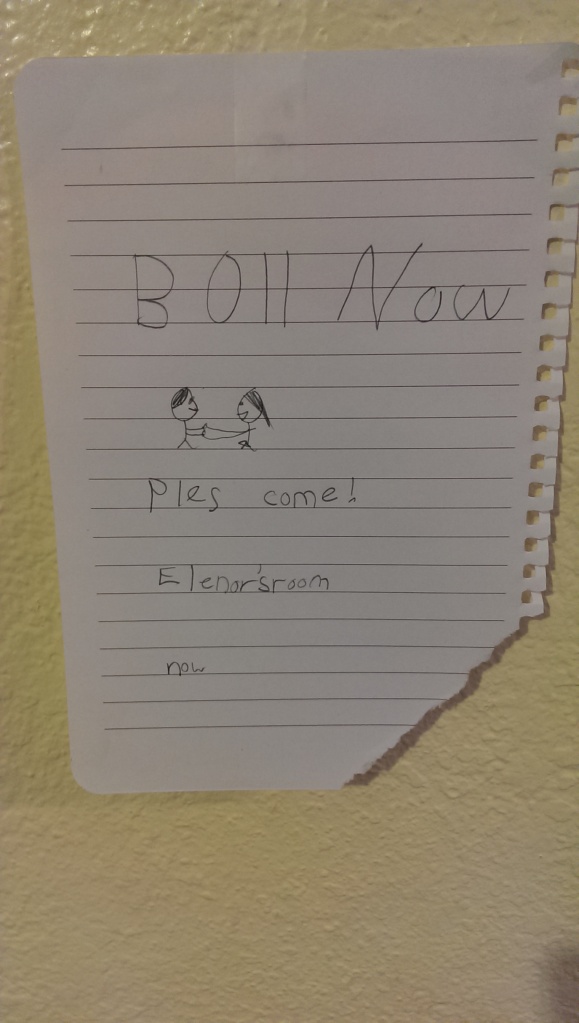 Naturally, I had to attend.  Here’s what I found: 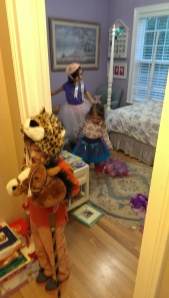 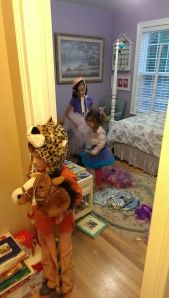 William is the “guard,” who announces guests as they arrive and keeps the riffraff out.  Jeff declined to participate.

However, she did talk him into another ball a few weeks later.  This one was for the record books.  Eleanor handed me another invitation to a “Royl Boll,” and the kids all trooped into the living room and asked for music.  I happily obliged and put on some Strauss waltzes.  The results were predictably awesome: 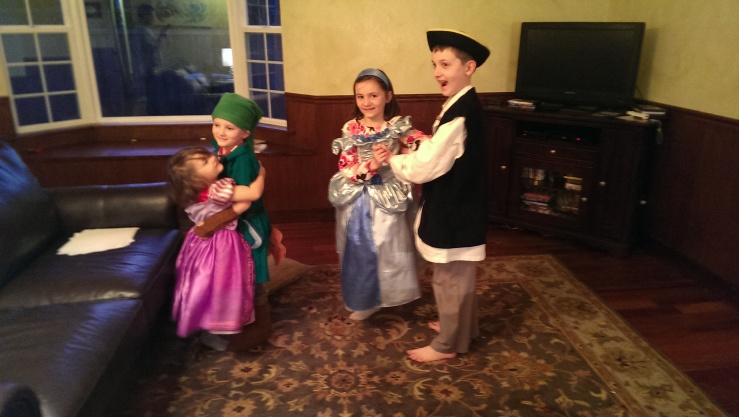 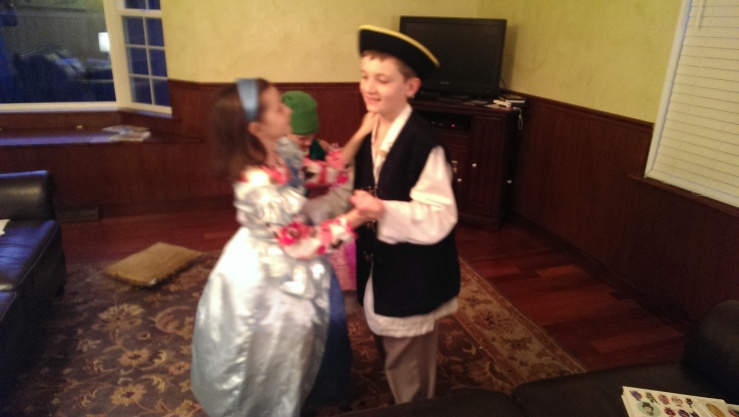 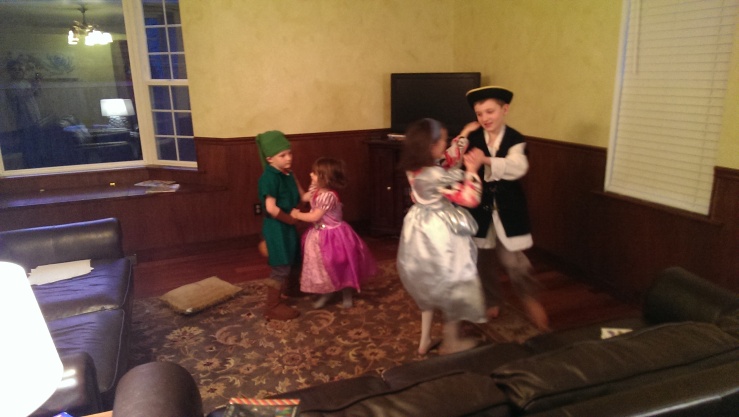 Later, I found them all in the library, reading Garfield books together.  A grand pack of lovelies. 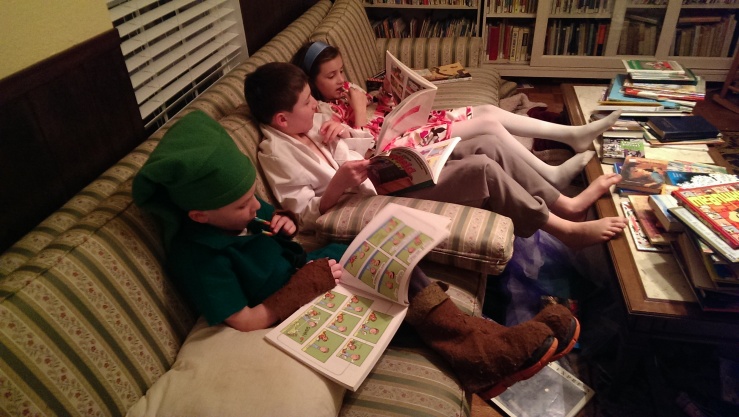