Easter was a low-key affair this year. Brian and I were leaving for our trip to Italy just a few days afterwards, so we were reluctant to plan a big dinner that would result in lots of leftovers. In fact, that’s exactly what we did have for Easter dinner: leftovers. It did a great job of cleaning out the fridge. The kids didn’t even notice that Easter was different from what we’d done before.

Because of course we had already had our Easter Tea Party on the last day of school before Spring Break. (Inspired by the Christmas Tea Party we’d had in December. You may think I’m some hot-shot mom for doing this, but the truth is that I just really like an excuse to buy scones.) 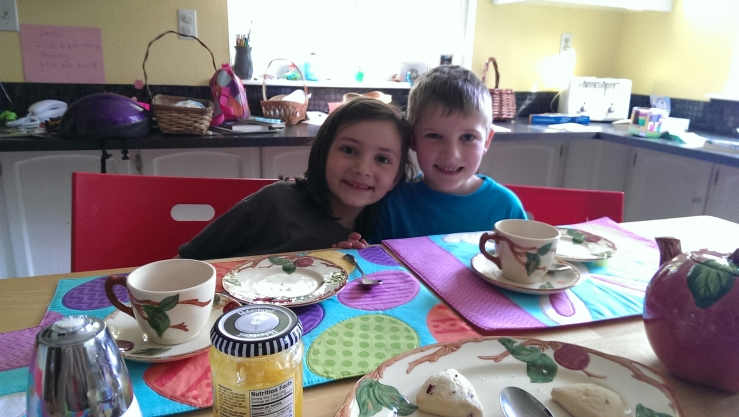 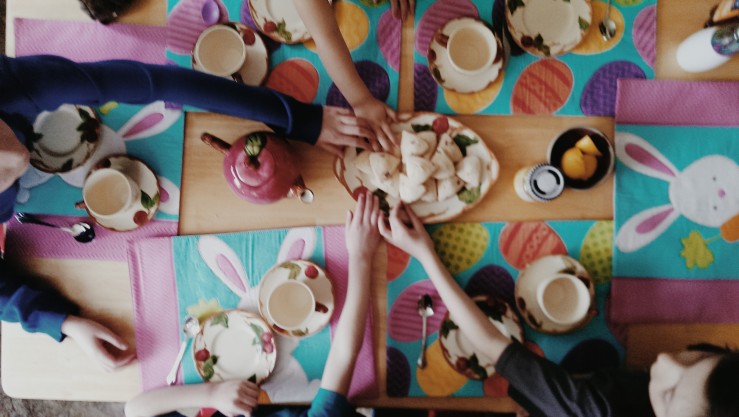 Because of course we already dyed eggs.

Easter was pretty much a done deal. 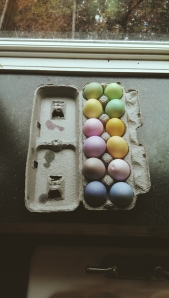 And we went to our usual neighborhood egg hunt. This was the first year that Jeff, Ella and Wim were pretty much self-sufficient. Brian just kept an eye on the older three from the background, while I followed Katie around in the toddler section.

Katie decided that all she wanted this year were purple eggs, her favorite color. She did a bang-up job. 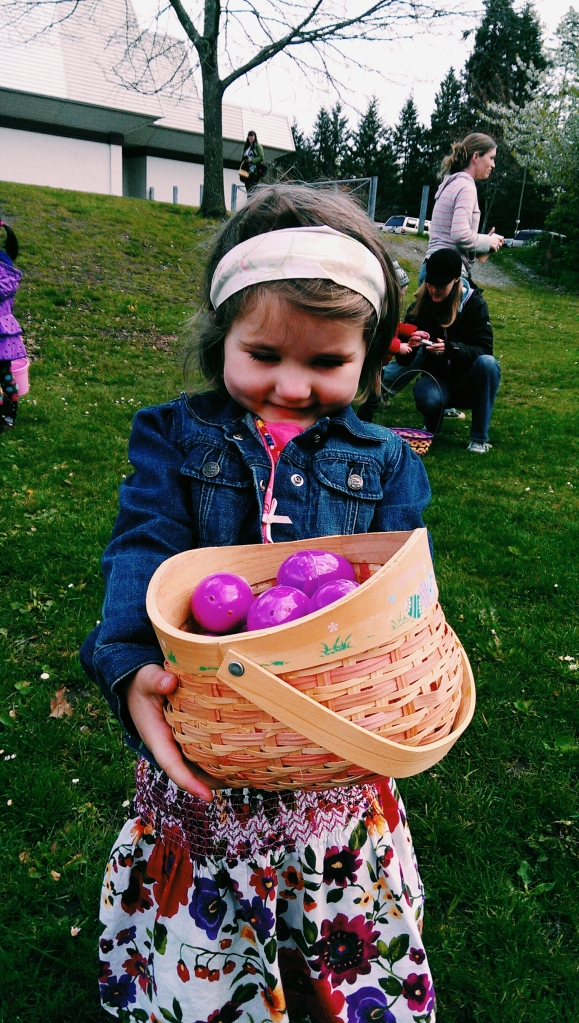 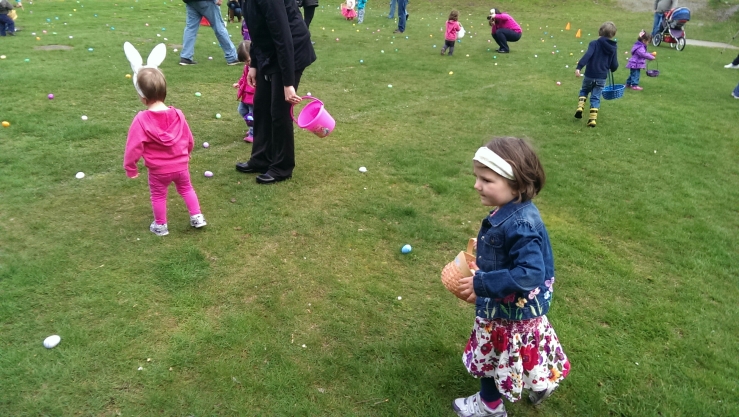 Meanwhile, Jeff found one of the special golden eggs, which he could trade in for a goody bag. He treated this as seriously as if he’d found the One Ring. Check out his face in this photo: 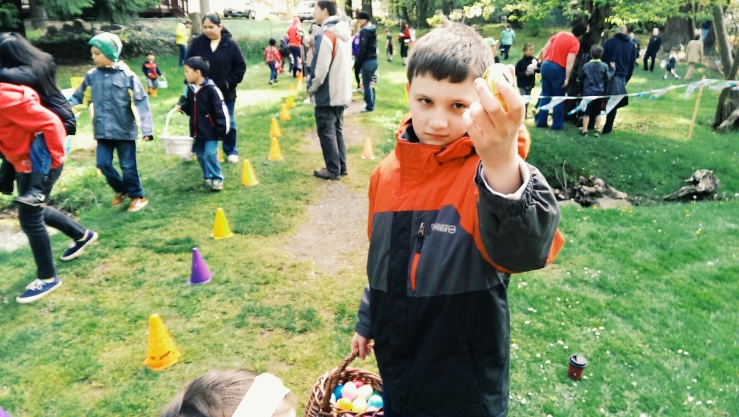 In fact, my kids were so certain that we’d end up with another golden egg this year that I tried to cushion the blow of possibly not getting one. “Our family won a goody bag last year,” I explained. “So it’s okay if we don’t get one this year, right? It’s another family’s turn.”

William took this so much to heart that he actually found his own golden egg and then didn’t pick it up so that someone else would have a chance to find it.  Geez. Maybe I went too far with the blow-cushioning. What an altruistic guy. He didn’t seem upset in the least over it.

And while we only ate leftovers for Easter dinner, we did make a “special” dessert: Resurrection Rolls. This is where you bake a cinnamon-dusted marshmallow inside of a Pillsbury crescent roll. The marshmallow (body) disappears inside of the roll (the “tomb”). Hey, it’s an Internet recipe, and we had the ingredients. Don’t look at me like that. Plus, it’s something Eleanor and Wim could make by themselves, which they thoroughly enjoyed.