The problem with having a birthday in April, I suppose, is that every now and then Easter will sneak in on your birthday territory.

But considering that I am the one responsible for celebrations in my family, the only person who is ever inconvenienced by the birthday/Easter confluence is me, I guess.

Brian’s parents arrived in the middle of all this as part of Grandparent Week, Pt. 2, and it was really great having them here to help out. Kathryn was a magic cleaning fairy. I was able to run errands and make Eleanor’s cake and dip marshmallow pops while she scurried around, helping put things away.

Jeff was also doing work as the stage manager for the middle school play this week. The carpooling went from usual ridiculous to full-on ridonkulous.

Here he is moving sets around during intermission. There were two contingents of family attending on two different evenings, and we applauded him every time and embarrassed him to pieces.

On Eleanor’s birthday proper (Thursday night) we went out to dinner with grandparents and Aunt Kristen & Uncle Sven. Eleanor chose Shari’s Diner, because she’s been craving a big burger for weeks. Eleanor and Kristen are almost the same height now!

On Good Friday we had our traditional Easter Tea when the kids came home from school (it’s also the start of Spring Break for them, so some celebration was in order). I bought the Hot Cross Buns this year, since owing to my self-imposed dietary restrictions I wasn’t eating any. Sorry neighbors, no buns for you this year. I realize this puts my household at risk for shipwrecks, but whaddyagonnado? 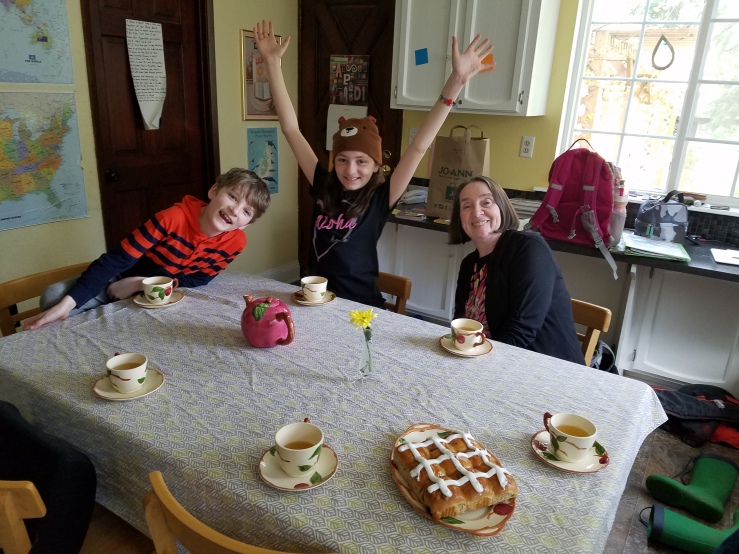 Saturday afternoon was spent taking Eleanor to do baptisms for the dead at the temple for the first time. (Many thanks to our bishop for helping us get her recommend in time.) Eleanor was so excited — all week she kept saying “I can’t wait for Saturday!” “Because of your birthday party?” I asked. “No, because I’m going to the temple!” she replied. 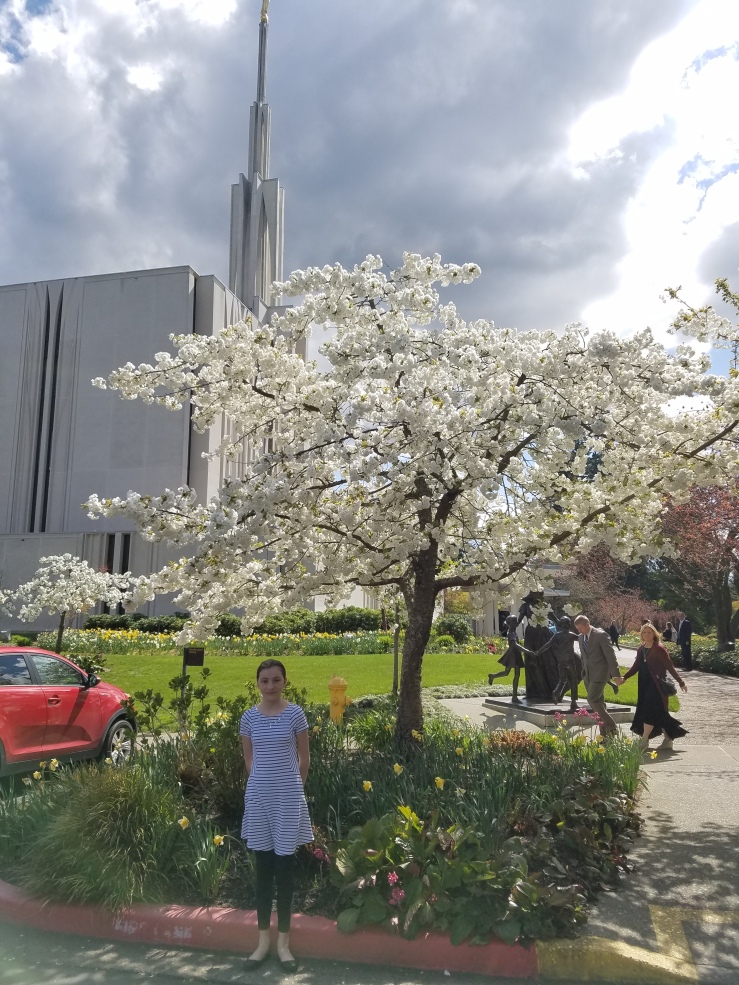 Kathryn spent the morning showing Eleanor the origins of all the family members she was doing work for that day, which was very special.

At the temple, Brian did the baptisms and I wrapped her up in a towel afterwards. It’s been a long while since I’ve wrapped up a wet Eleanor in a towel. Oh, those early-childhood bath years are so long gone, aren’t they? 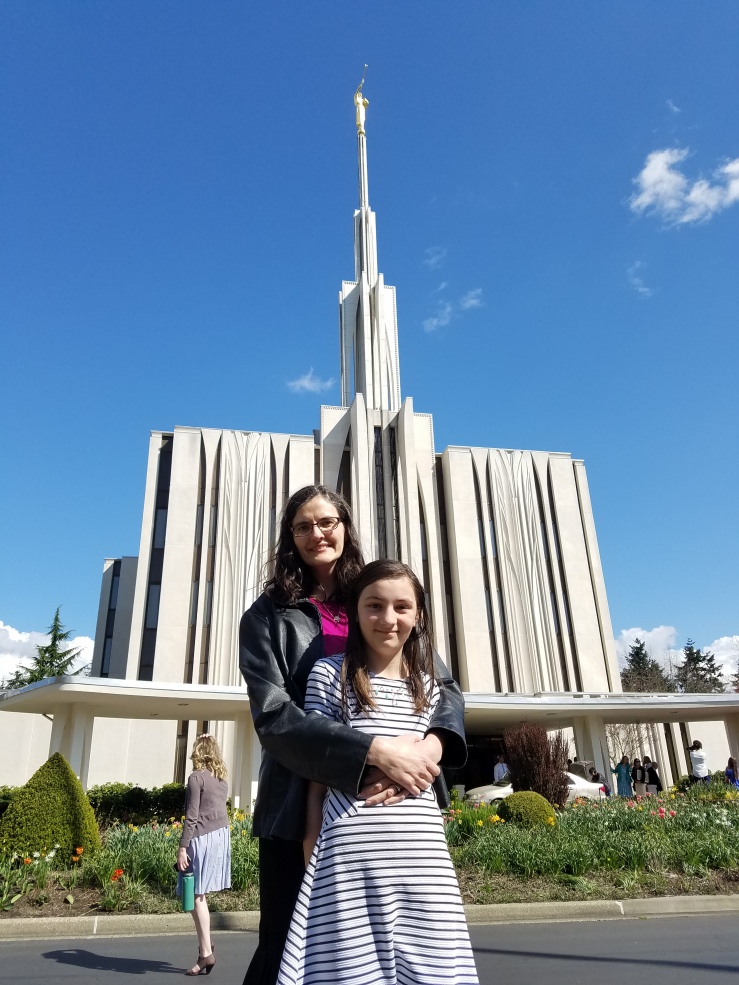 The temple recorder heard that it was her first time attending and came down to say hello and formally invite her. Usually one of the members of the temple presidency likes to do that, but they were not in attendance at the temple that day. I didn’t mind, the recorder was very kind (and perhaps he doesn’t get to do the welcoming very often). 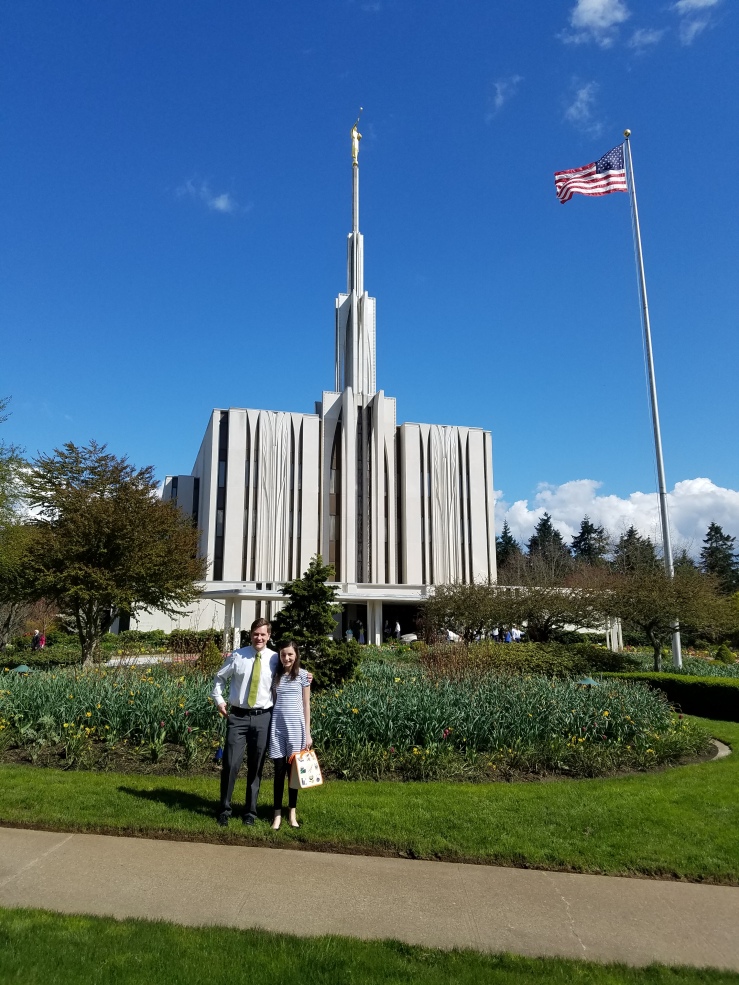 That evening we threw Eleanor a Groovy 1970s Disco Party. The party ideas all came from Family Fun Parties, and was a huge hit with the girls. I admit I had concerns — with 12-13 year olds, you never know when there will be awkward eye-rolling instead of uninhibited fun. Fortunately for us, it was the latter.

Probably the best idea we had for the party was to purchase a little disco light off of Amazon for $12. It had a sensor built in to coordinate the lights with the music! No other party decorations were needed.

The girls ate pizza for the first bit (already dancing around in their seats), and then they made Pet Rocks. I was floored by how much they loved this and how creative the girls were. A bunny rock! A narwhal! Batman! Another narwhal with a little saddle so a smaller rock could ride on top!

The great thing about kids this age is how autonomous they are. I simply laid out the craft supplies, and they did everything themselves, including using the hot glue gun! 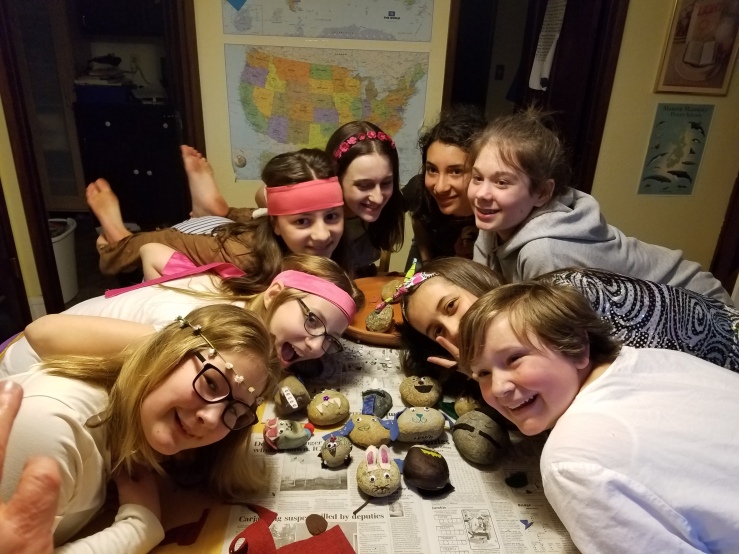 Likewise, I later held out a game of Twister, and they took it, set it up, and figured out a fair system for taking turns all by themselves. Teenagers rule. 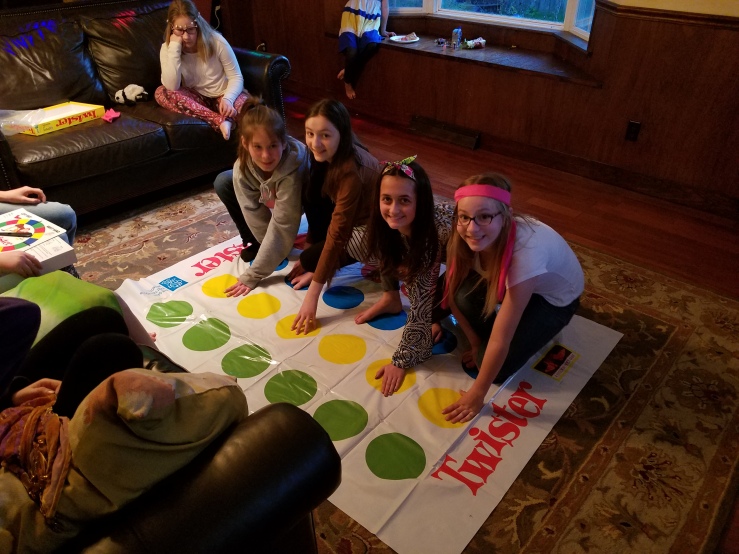 After Twister it was time for cake and ice cream. I made Eleanor a four-layered chocolate “Have a Nice Day” cake, with Thin Mints for eyes. The girls called it an “emoji cake.” Ha. 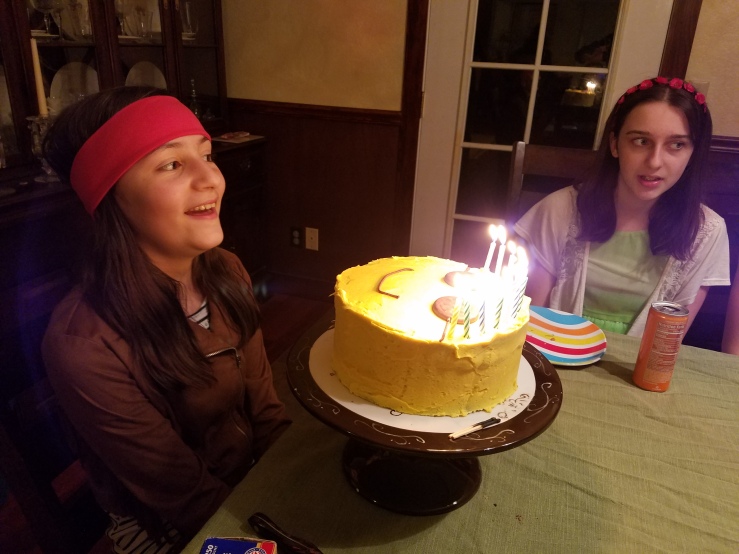 Then, as the finale, we had a Disco Dance Off. I’d like to take a moment to say how proud I am of the rising generation, because not only did they recognize and applaud to the opening riff of “Stayin’ Alive,” the also recognized and applauded the opening to “YMCA.” Watching the girls sing along and groove to “YMCA was one of the most entertaining thing I’d seen in weeks. 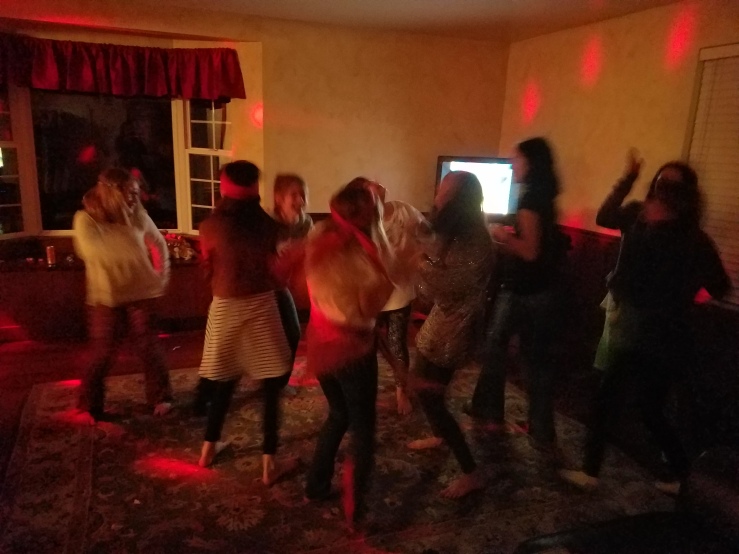 Every now and then I came up to girl doing a particularly excellent dance move and allowed her to choose something from my goody bag (I filled it with all the unused samples from Target Beauty Boxes I’d had lying around).

When the party was over (whew) Katie and William presented Eleanor with this snowglobe that they made together. Inside is a birthday cupcake made from Sculpey clay. Aww.

(The present from Brian and me is a new bike, so she can ride to middle school in the fall.)

The following day we had our Easter egg hunt in the lawn before church. Randy was expert at color-coordinating the eggs with their hiding places. A violet egg in a clump of violets, a pink egg in a tulip blossom. Darling.

Church was a whirlwind of singing in the choir and pounding out glorious Bach on the organ. (I always bring my A game at Easter.)

After church the kids were pinging off the walls, so I popped Ben-Hur into the DVD player. It turns out this was one of Kathryn’s favorite childhood movies. She was eleven when it first premiered in theaters, and she loved it so much she saw it six times.

I still maintain that there’s no way that Romans tramped around in the desert in full plate body armor. Or sailed on warships that way — full armor, all the time! No wonder they were grumpy and whipping the galley slaves night and day.

The kids loved that chariot race, though. Katie screamed and had to hide under my shoulder. Jeff jumped up and down the whole time. It really is an amazing feat of cinema.

Somehow over the course of Easter weekend our small casual family dinner morphed into a formal holiday sit-down for fourteen. But Brian since was in charge of the meat (grilled lamb leg) and the dessert was made by Sister Costco, the stress levels were down. I didn’t even bother cleaning the house. It was great.