Oddly enough, the first thing we did of note in November was a Halloween-themed piano concert. Because Halloween took place over a weekend, the holiday-themed piano recital kinda spilled over into the next month.

I don’t mind — any excuse to see the kids in their cute costumes is good enough for me.

We also took our first family trip to the Museum of Flight. This time, we spent time with a museum docent who took time to explain what all the symbols mean on an air traffic controller’s computer display. Just, y’know. In case we have to direct air traffic. 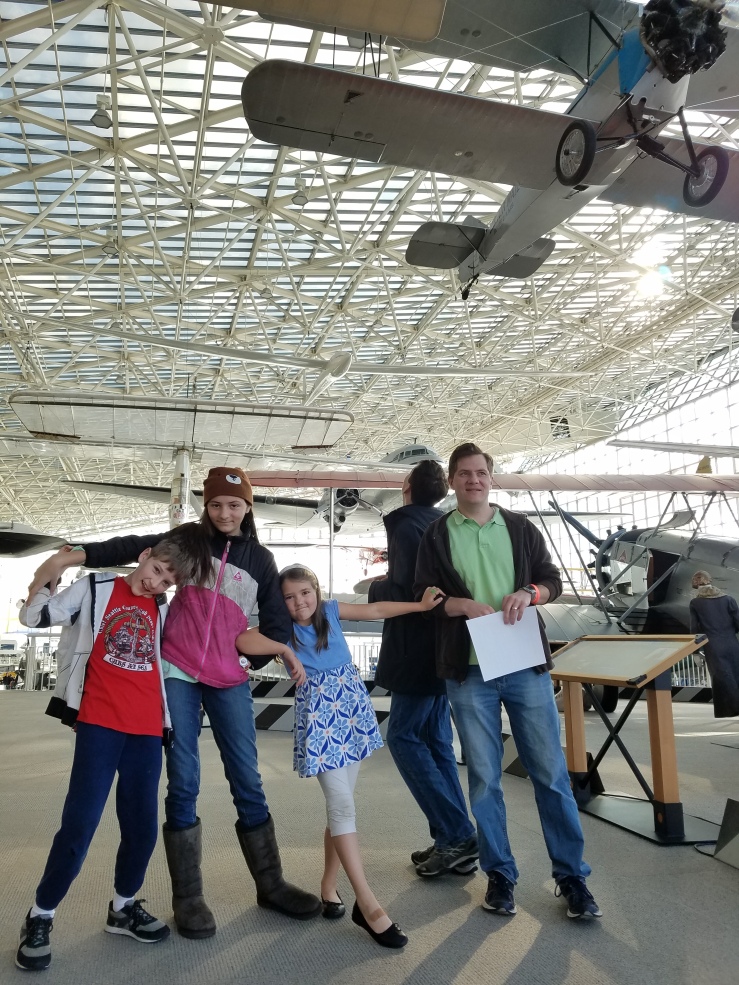 Eleanor and William also got to do the space shuttle tour. This was part of William’s birthday present from Grandma. 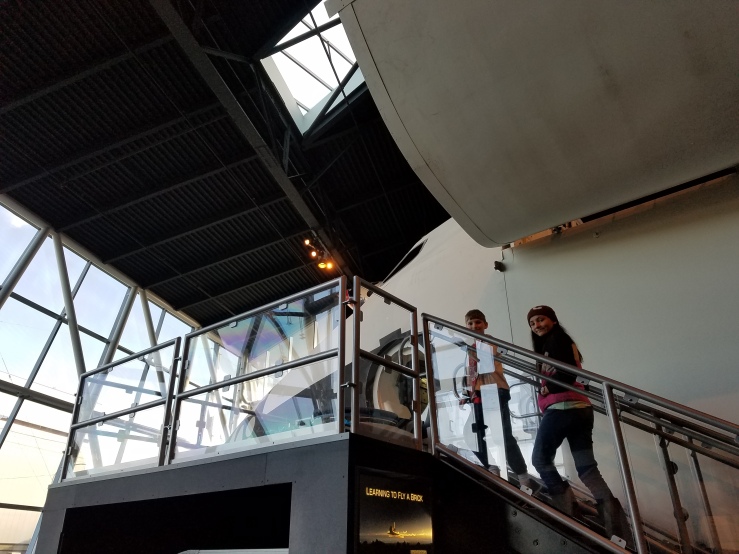 Jeff and Eleanor had a special opportunity for Veterans’ Day — performing in a patriotic concert with the Cascade Youth Orchestra at Benaroya Hall. They got to sing the Tabernacle Choir version of Battle Hymn of the Republic, which was fun to practice at home together.

They also got to sing a medley of U.S. Armed Forces songs together, which, while catchy, got a bit tiresome after the first week or two of practice.

Brian turned 41 . . . and I made a two-layer sugar free, low-carb cake. Oh, such feats of amazement as occur in our household.

A few days after that, the government announced that they might end the ban on the sale of big game hunting trophies in the U.S. An acquaintance organized a children’s protest near the Woodland Park Zoo, and since Brian was out of town that Saturday, we decided to join up. (Jeff stayed at home. He’s become so much more teenager-ish in that respect lately.)

After chanting “hey ho, hey ho, trophy hunting’s got to go” and getting lots of supportive honks from cars, we headed off to the Nordic Heritage Museum for their YulFest.

Which was really just a craft fair. Color me disappointed.

Lots of yummy cookies and little sandwiches to try, though. They even had caramel cheese!

The reason Katie isn’t in the above picture is because she was very unhappy with YulFest. (I refused to buy her any of the gewgaws on sale.) But her spirits perked up when we decided to swing by the Diagon Alley Project afterwards.

This is a replica of Diagon Alley from the Harry Potter books, built in miniature in a family’s driveway in Ballard. My friend Margaret and her children joined us (they were also at the protest).

It was originally built as a whimsical gift for the builder’s children, but grew into a community building/charity fundraising project. And boy, was it cool.

William and Eleanor were especially enchanted. As we stepped through the brick wall, they immediately cooed and whispered “it’s just like the books!” under his breath.

William even picked up a branch off the ground and used it as a pretend wand the whole time we were there.

So many cute little details were on display — the storefront “windows” were covered in chalkboard paint, allowing for drawn-in displays of wizard wares. A table held a collection of curious potion bottles. The bookshop had a shelf of old mysterious-looking books with a quill on top.

We loved it so much that we decided we’d need to make a return visit in the future, especially to since Gringott’s Bank was still a work-in-progress.

And now for the reason we hadn’t seen Jeff much lately: he’d been doing tech crew for the high school production of Thornton Wilder’s The Curious Savage. It’s a cute play (I fell asleep) and applauded Jeff at the end. 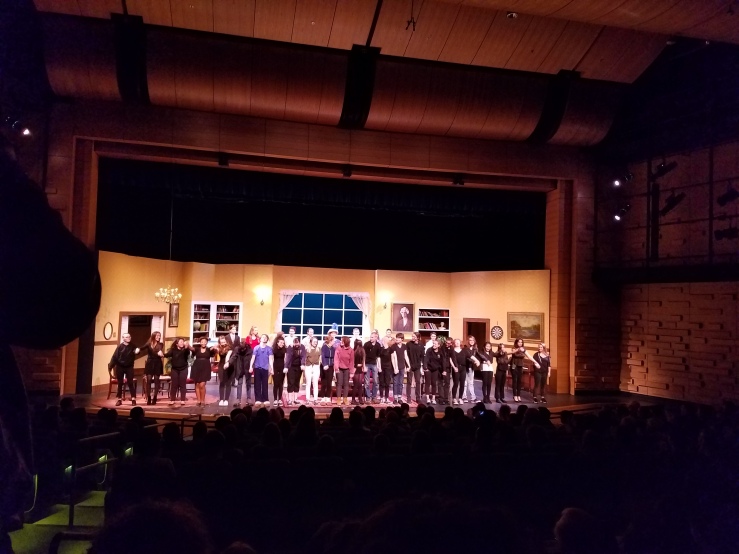 Once again, a picture that I promise contains my child. Somewhere. I promise.