When we lived in Salt Lake, Brian and I discovered that one of the best ways for our family to listen to General Conference was to load everyone in the car and drive through the mountains. We’d take the Alpine Loop down Mt. Timpanogos and then finish in Provo to have dinner with Brian’s parents.

We’ve missed the custom since moving to Seattle — the only way to listen to conference in the car was via cell phone, but we’d usually lose the signal before we drove very far. However, we’ve since purchased better-grade cell phones, so this year we decided to give it another try.

We chose the drive up Stevens Pass to Leavenworth for our drive, a part of the state we’d never seen before. 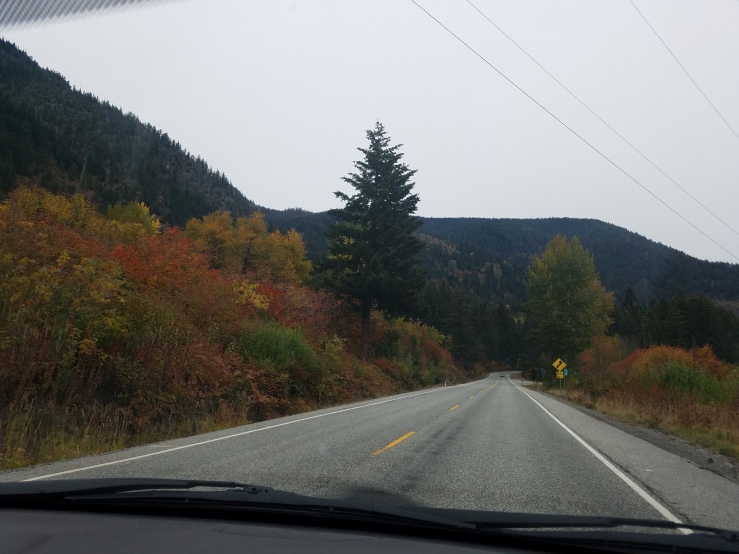 I wasn’t expecting much by way of fall color, so I was rather pleased!

We stopped at a picnic area for lunch. The grounds were dotted with a series of gigantic boulders, and the kids were excited to climb them all. 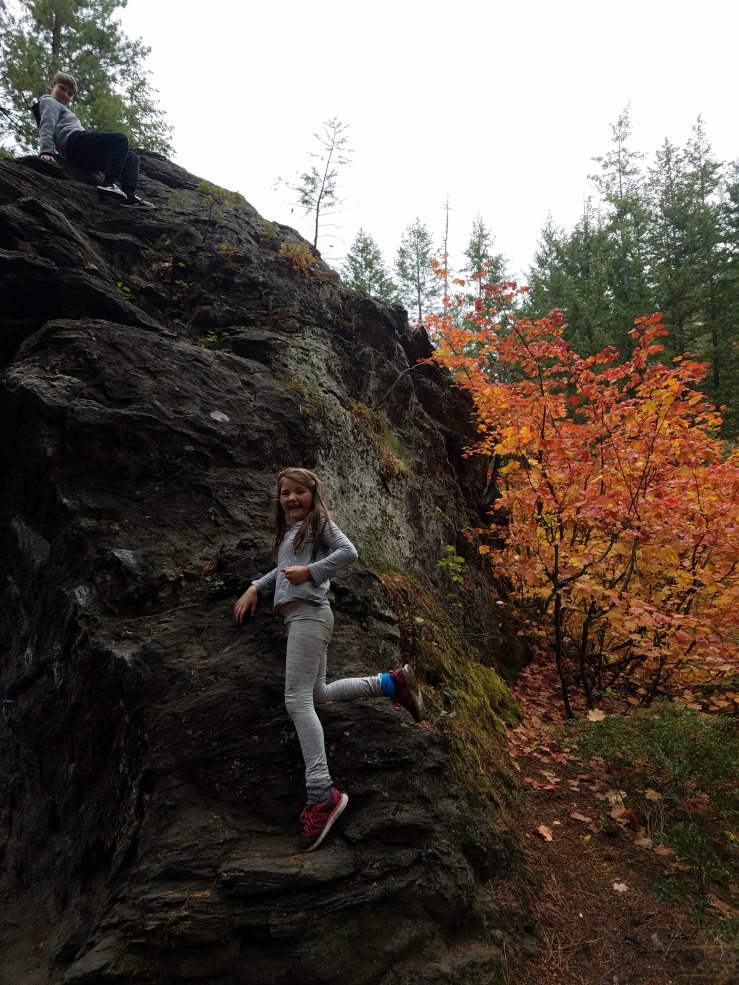 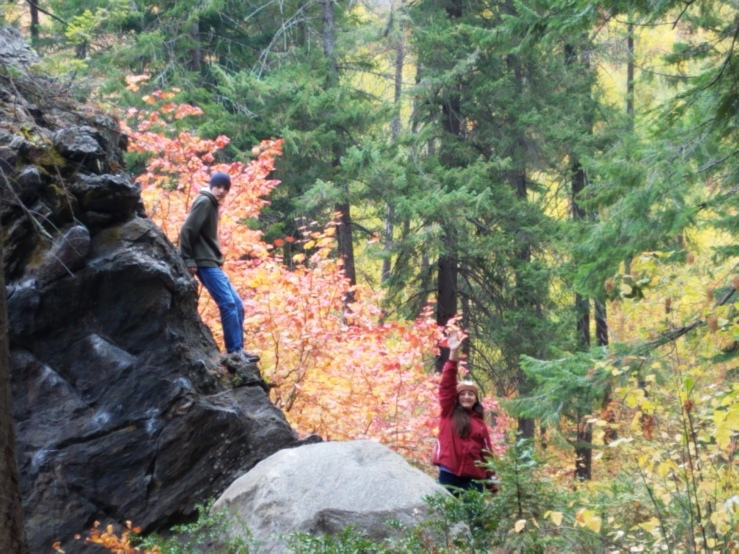 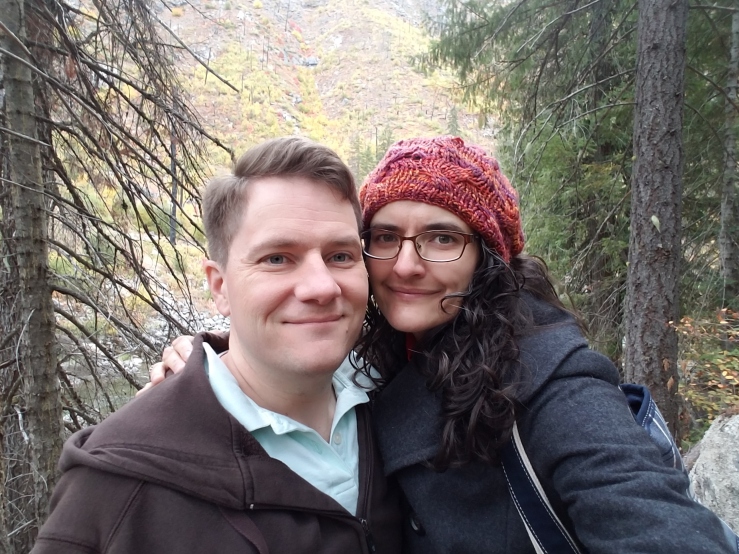 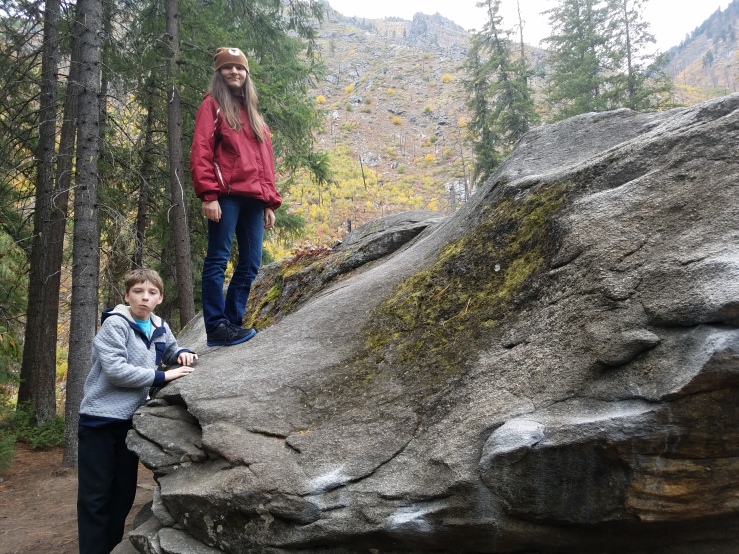 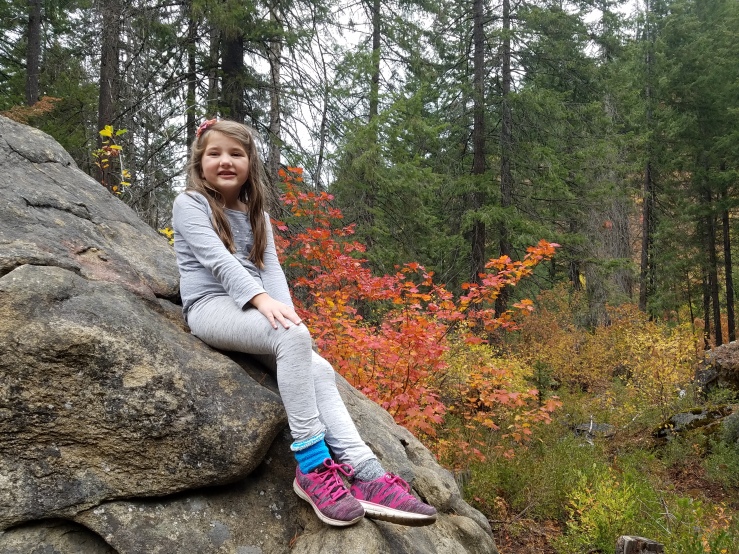 I especially enjoyed the view over the river. We weren’t the only visitors posing for portraits in that spot! 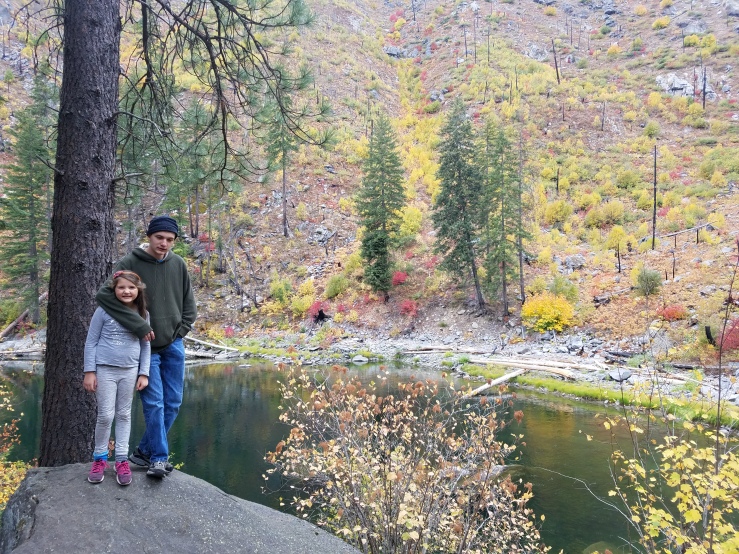 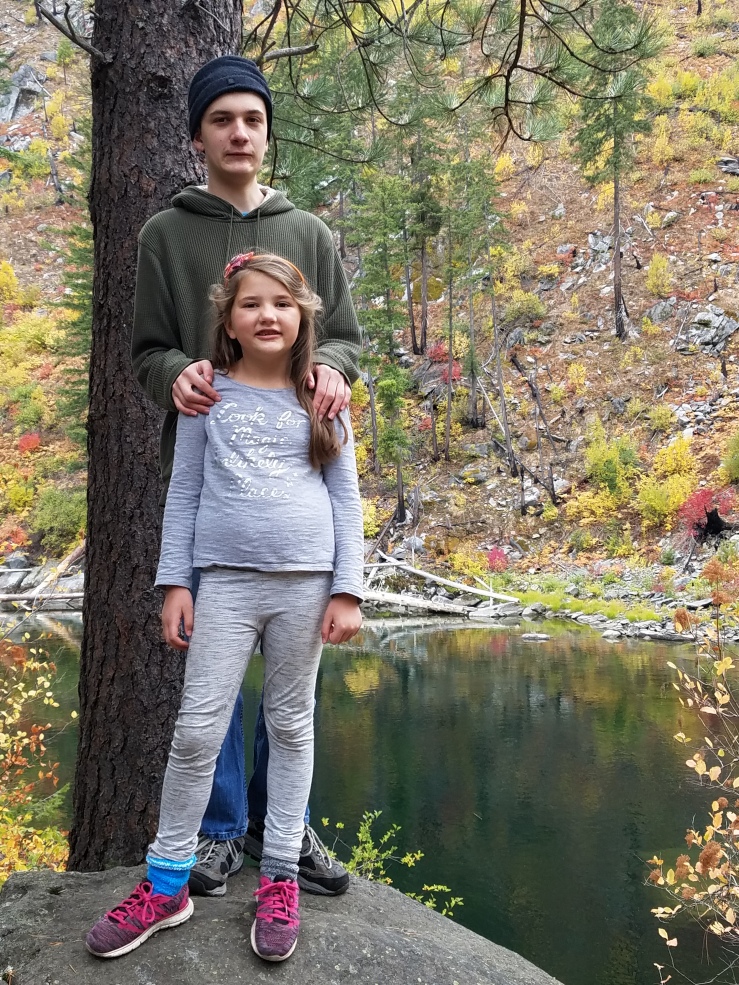 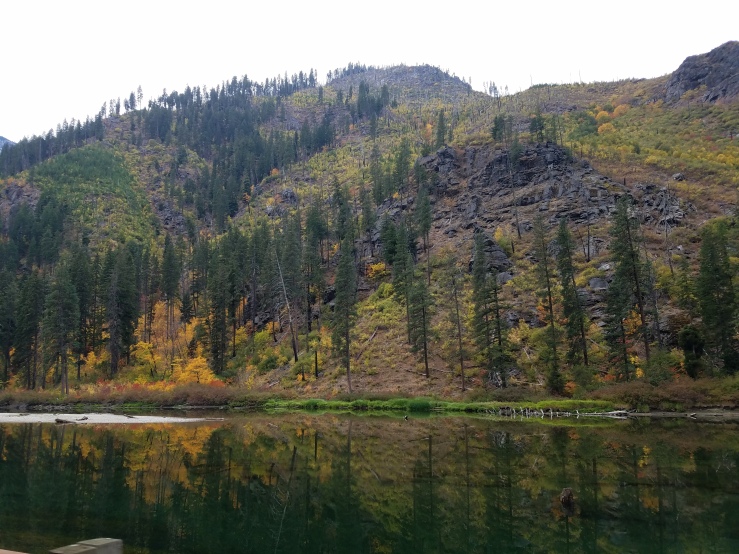 We also drove through the main drag of Leavenworth before going home. We didn’t stop in town because it was Sunday, but it looked so fun! And we had so many pleasant memories from visiting Leavenworth at Christmastime . . .

Sooooooo when we discovered that Jeff & Ella had an all-day choir retreat the following weekend, Brian and I decided to take the littles back to Leavenworth for Oktoberfest.

There was much more impressive fall color the second week. It also helped that there was bright sunlight instead of overcast. 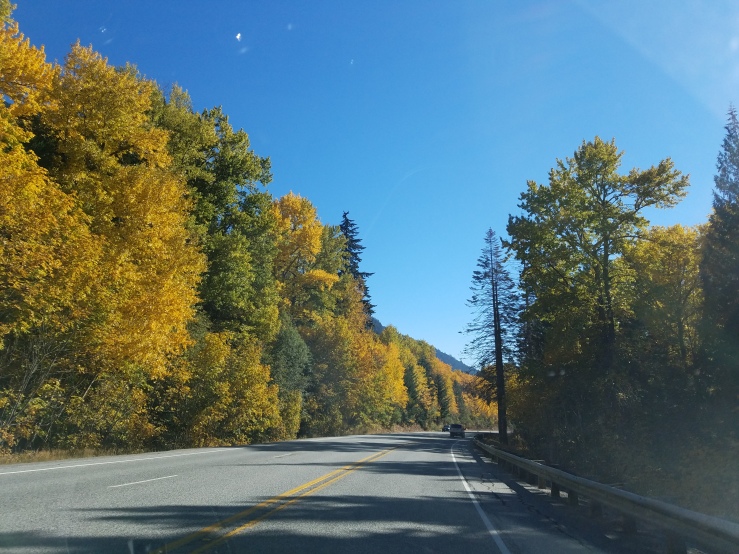 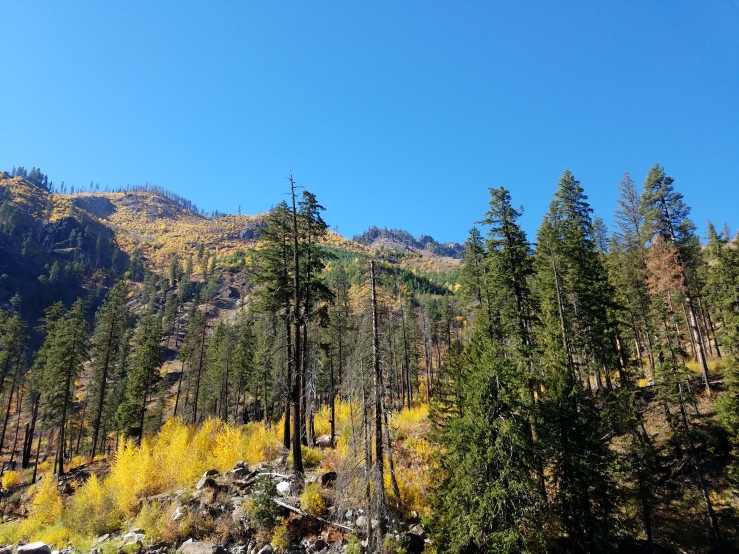 Leavenworth has made efforts in the last few years to make Oktoberfest more family-friendly and much less “Bavarian Spring Break.” We arrived just in time to see the main street parade: 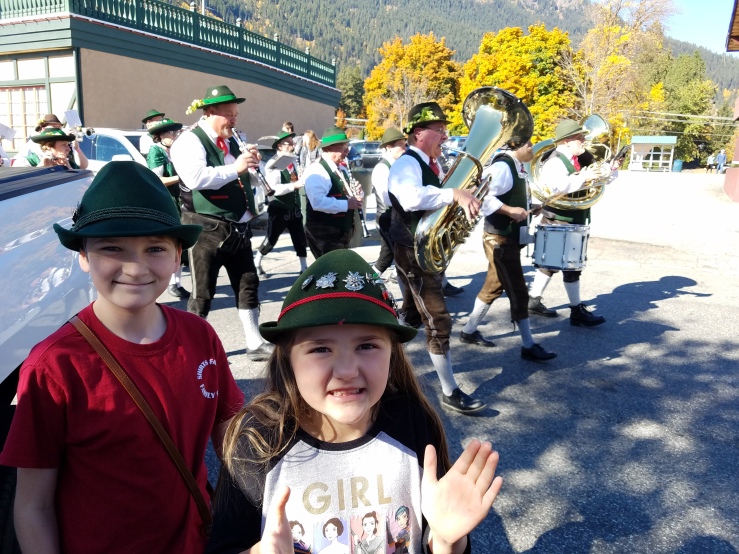 Then we walked over to Rhein Haus for incredible soft pretzels and house-made sausages. The food was wonderful, but Brian admits that he still likes Nurnberg Rostbratwurst best. 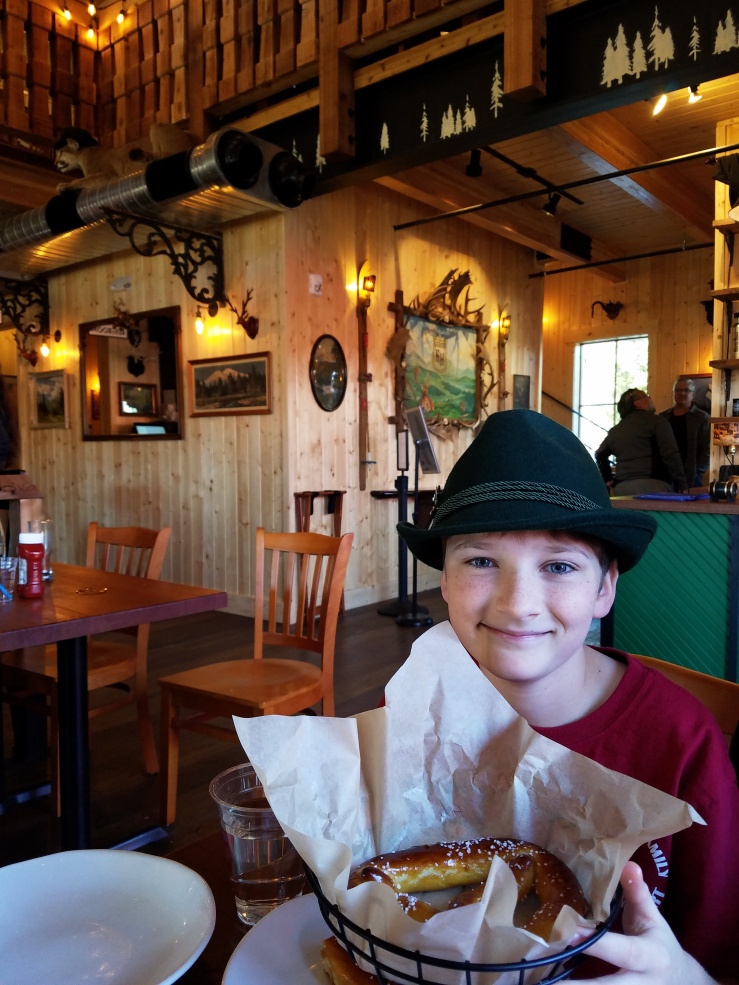 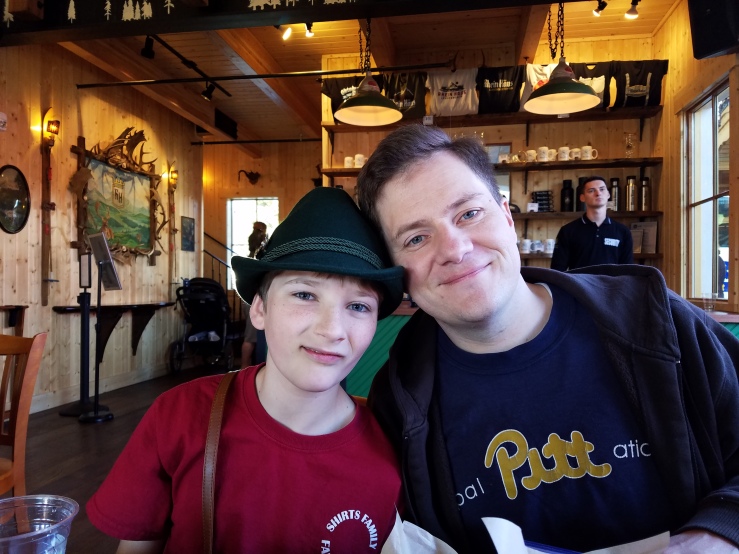 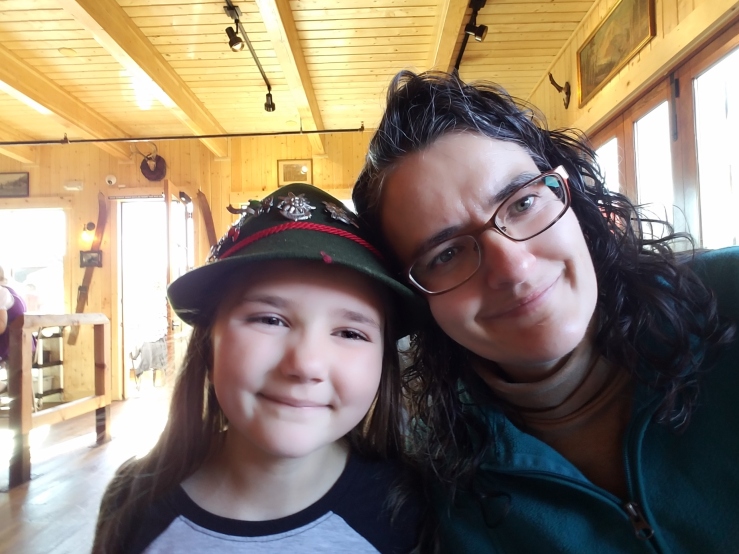 After lunch, we listened to the polka band in the gazebo, the alpenhorn-players on Main Street, and watched the antics of a clown street performer. (Katie was chosen to be part of the act, but I didn’t get any pictures that looked good.)

We also picked up Berry Berry tea to mail to grandparents (it’s Grandma Kathryn’s favorite), and of course cookies from the Gingerbread Factory for the entire family to eat at home.

After stuffing ourselves with sausage and frites, it was important to spend time doing a little hiking in Wenatchee National Forest on the way home.

We took a perfect little hike up to Hidden Lake. The fall colors were especially lovely reflected in the water. 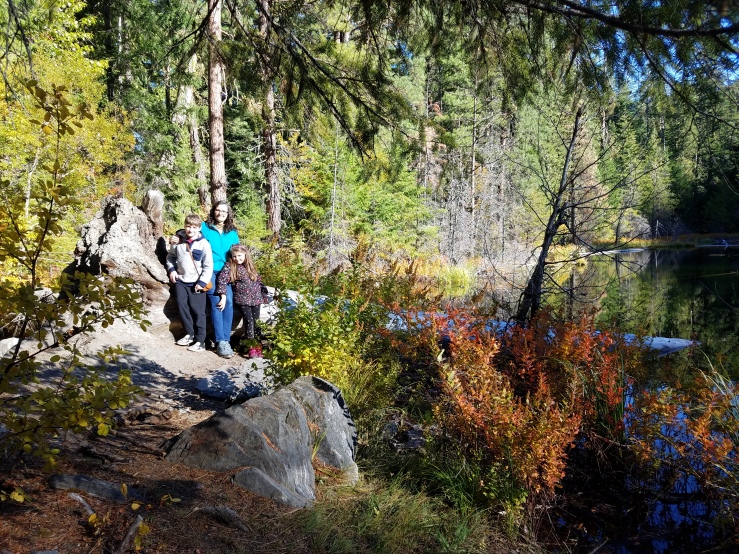 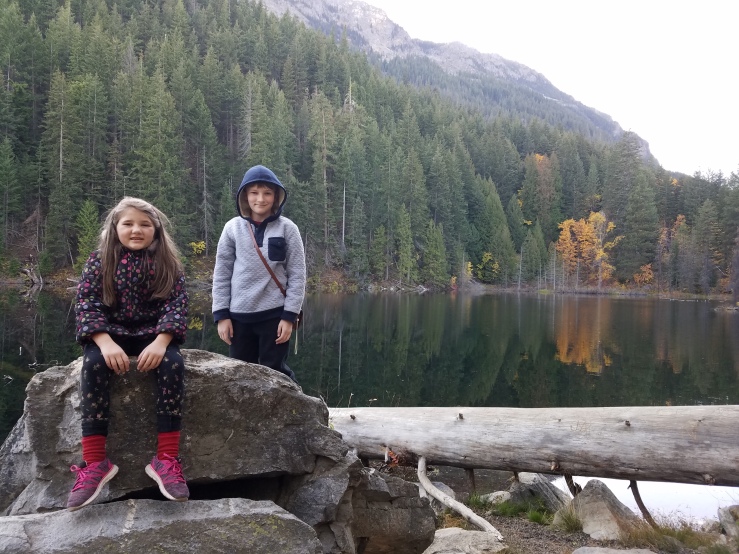 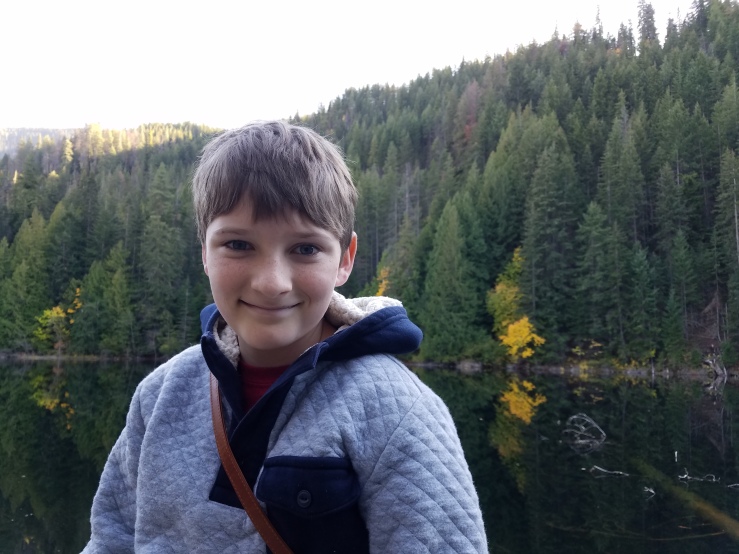 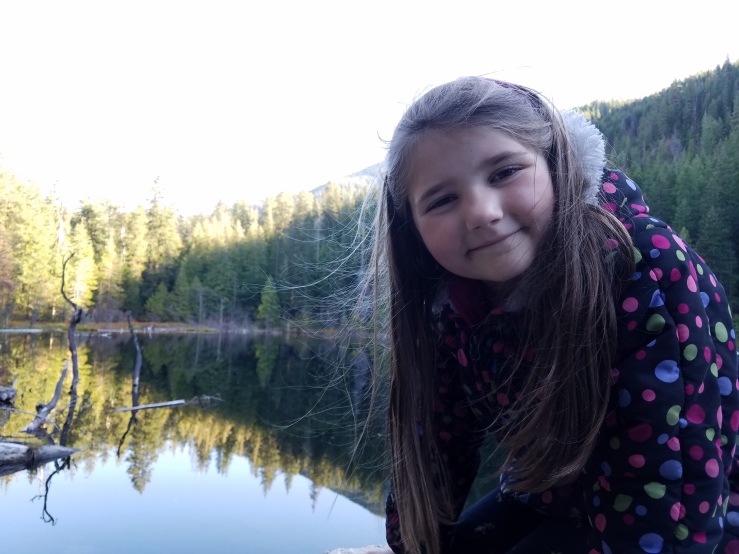 William took pictures of Katie with his Instax camera, and another group of hikers got one of our mini-tribe. 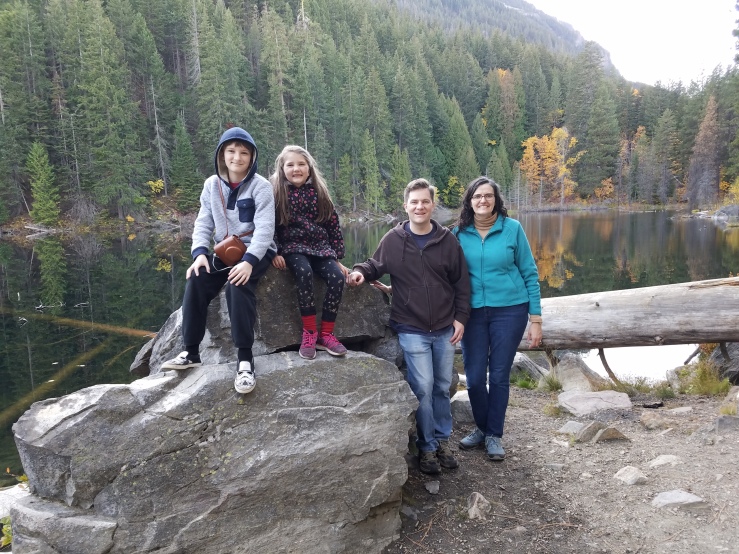 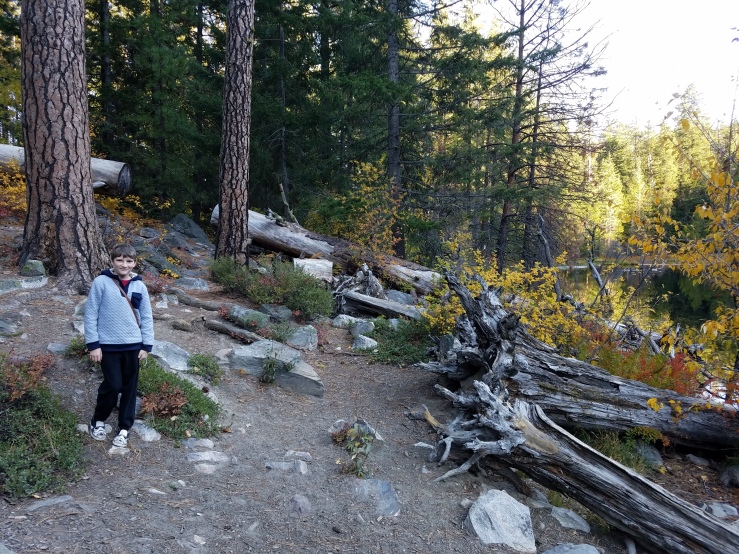 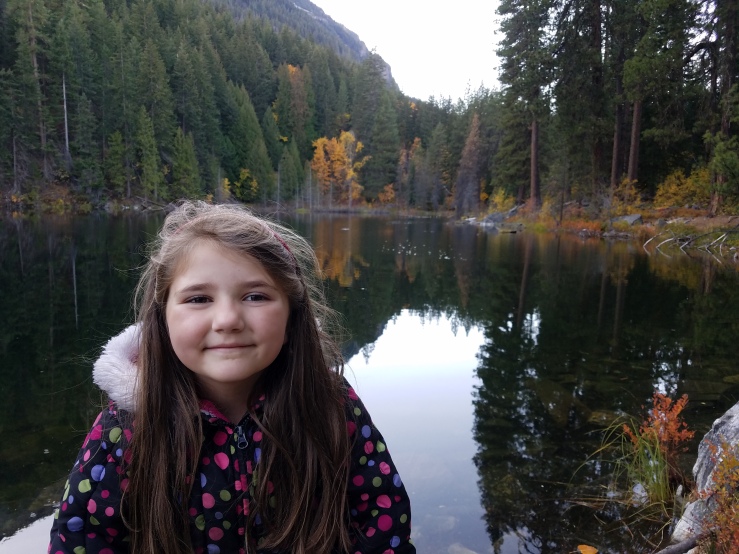 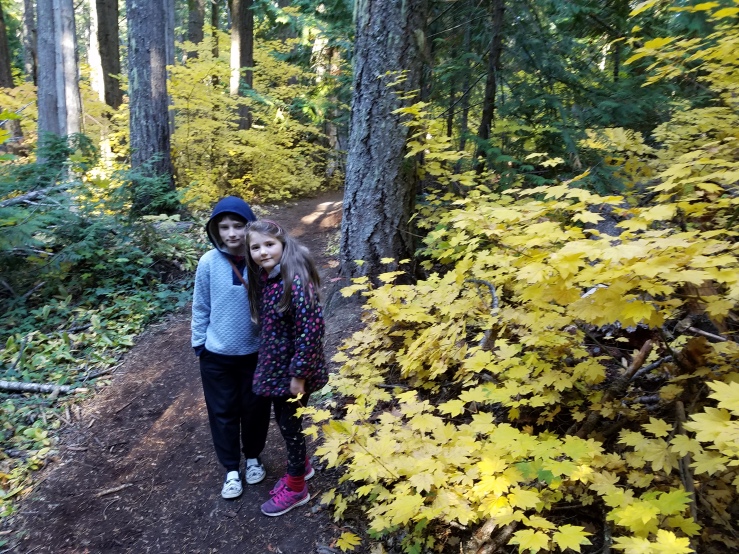 I love my teenagers, but sometimes it’s especially nice to have time with just my littles! Love them so much!