We had a run of spectacularly lovely autumn weather for most of the month of October, and I decided to take full advantage. It felt like retribution — nature paying us back after the last two weeks of summer were ruined by forest fire smoke.

So here are some mini descriptions of the various Items of Interest that happened during the month of October:

Jeff was promoted to the rank of Life Scout with his Boy Scout troop. Onwards to Eagle! 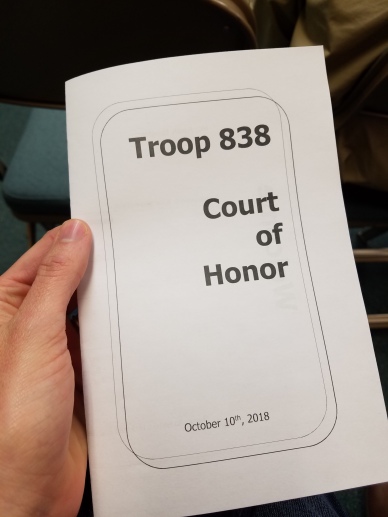 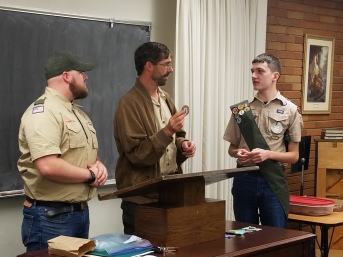 Jeff also achieved the distinction of being the first of my children to read all seven Harry Potter books. They are only allowed to read one a year in our household, so this is a bit of a rite of passage for them. It’s become a birthday tradition — new birthday, new Harry Potter. Jeff could barely put it down.

Katie and William had some early-release days owing to parent-teacher conference week, and we spent a Friday afternoon exploring the Kruckeberg Botanic Garden, which we hadn’t visited in years.

The Wood Wave was still in fine form for climbing. 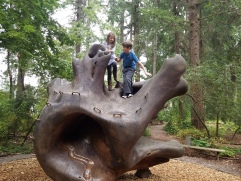 And the Fairy House Garden was a riot! In addition to boxes of natural materials for fairy-house building, someone had scattered bunches of glass beads around as “treasures.” William and Katie gathered them all up and built a “fairy gemstone mine.” I love it when W & K play so well together. 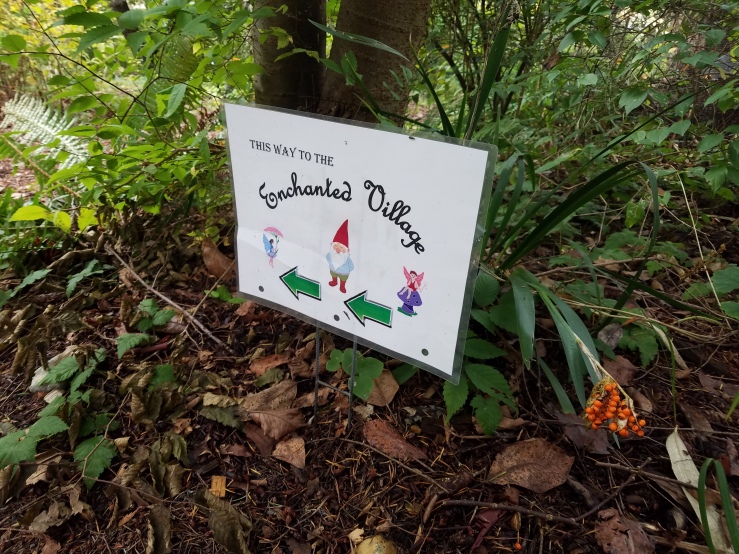 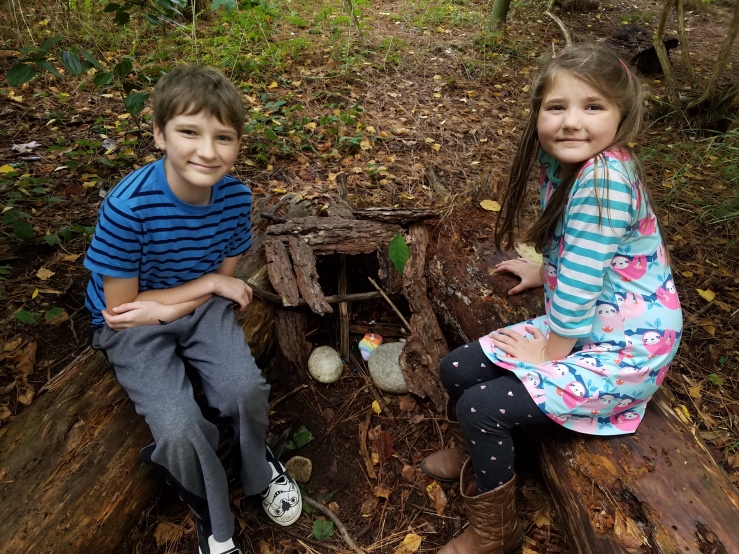 Eleanor also completed another year of Cross Country at the middle school. She was proud of herself for not walking at the meets. We’re both happy that the crazy training days are over! 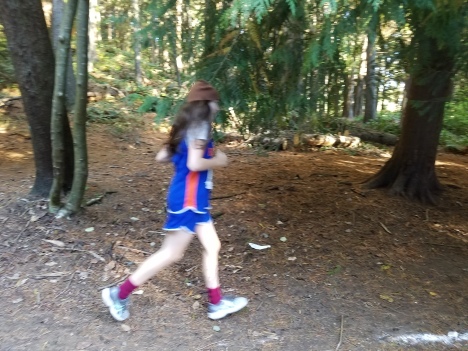 I also managed to go on a great 4 1/2 mile hike with my friend Emily and her daughter. It’s something that I wish I could do more but often find trouble making time for. Thank you to Emily for getting me out of the house.

While Brian was out of town for the dreaded ASHG conference, I took the kids to the Camp Korey Fall Festival.

Well . . .I took everyone except Jeff, who refused to come. Refused! It wasn’t worth the fight. Eleanor also didn’t really want to come at first, but is glad she did.

Honestly, the outing could have easily turned south because I didn’t know that Camp Korey (a summer camp for kids with life-altering medical conditions) had CHANGED LOCATIONS and was now much farther away . . . and instead of a pumpkin patch, there were just store-bought pumpkins in a field. 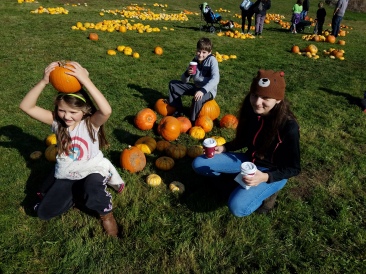 Also, they only took cash donations, and I only had $3 in my wallet. So we picked the smallest pumpkin possible and put all three in the donation box.

But what saved the day is seeing the new-and-improved Diagon Alley that’s being built at the camp. Remember the guy in Ballard who built Diagon Alley in his driveway? Well, he took that down, and decided to build a new one for the kids at this camp.

So cool! It’s much bigger than the first version. When it’s finished, the interior rooms will be fully furnished, wizard props and everything. Eleanor demanded that we return in 2022 to see the completed project. 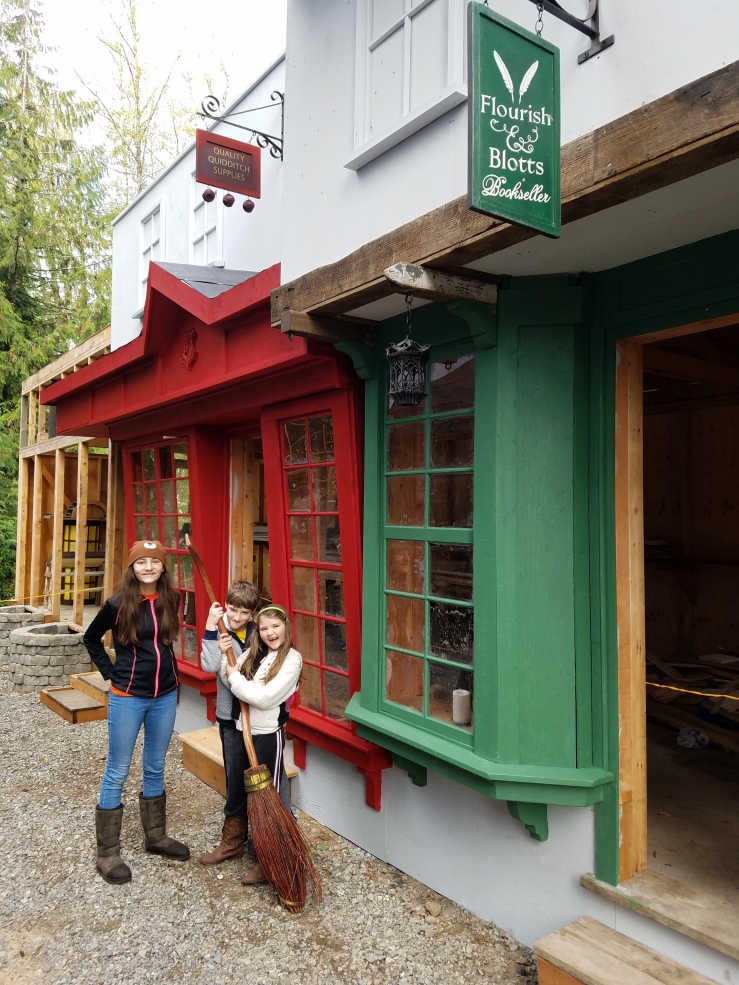 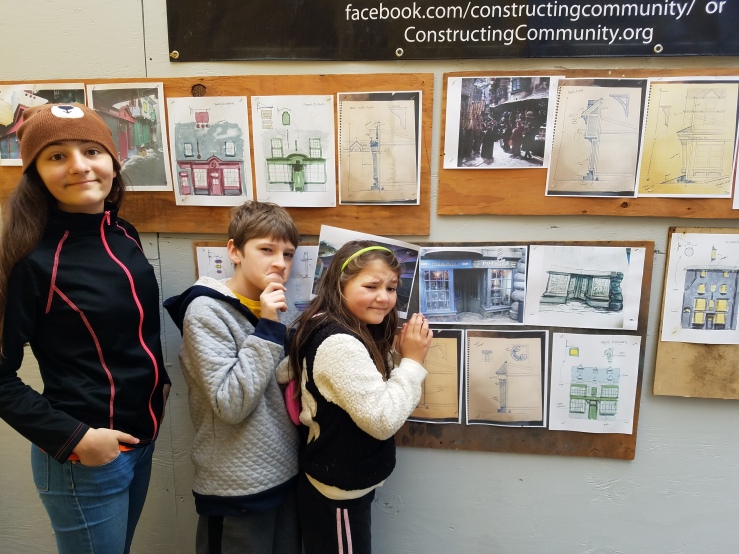 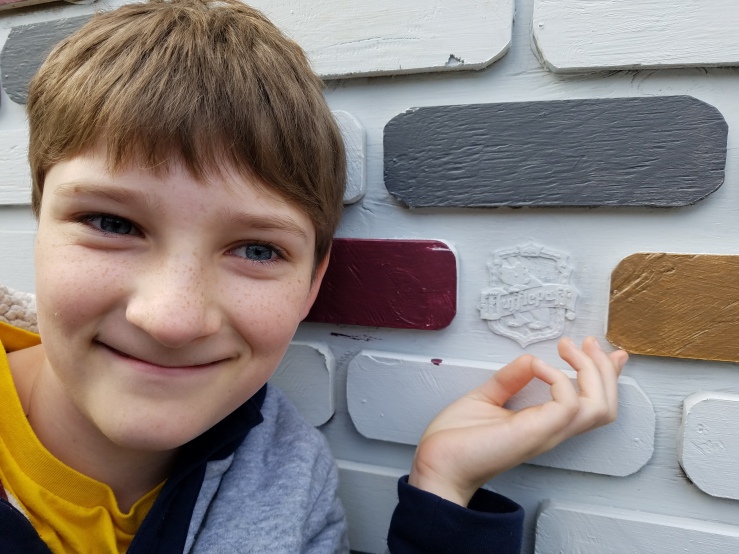