The botanical garden in my neighborhood held its very first Solstice Stroll the weekend before Christmas.  It was . . . low-scale, shall we say, but very nice.  Anything that comes with a free cup of cocoa has my vote.

Brian’s cousin, Heather, came along with us.  I still don’t think the kids have quite figured out the family relationship.  (Not an aunt . . . but not like Cousin June . . . ) 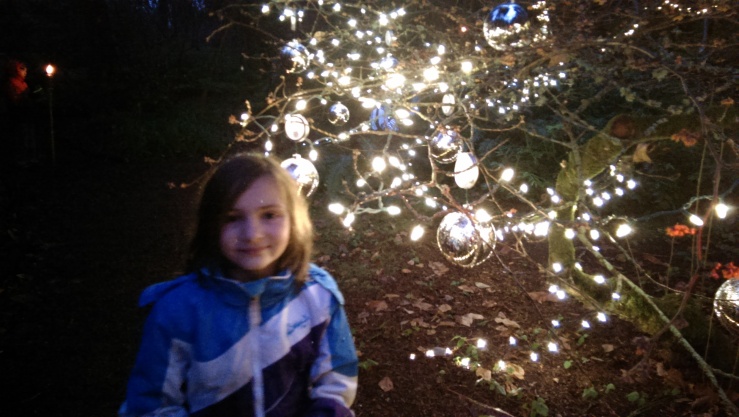 The garden hasn’t been around long and doesn’t have a lot of money for programs.  Almost all the lights and decorations were donated by the community.  You wouldn’t guess it, but these pictures were taken at 4:30 in the afternoon.  Sigh, long winter nights in the Pacific Northwest. 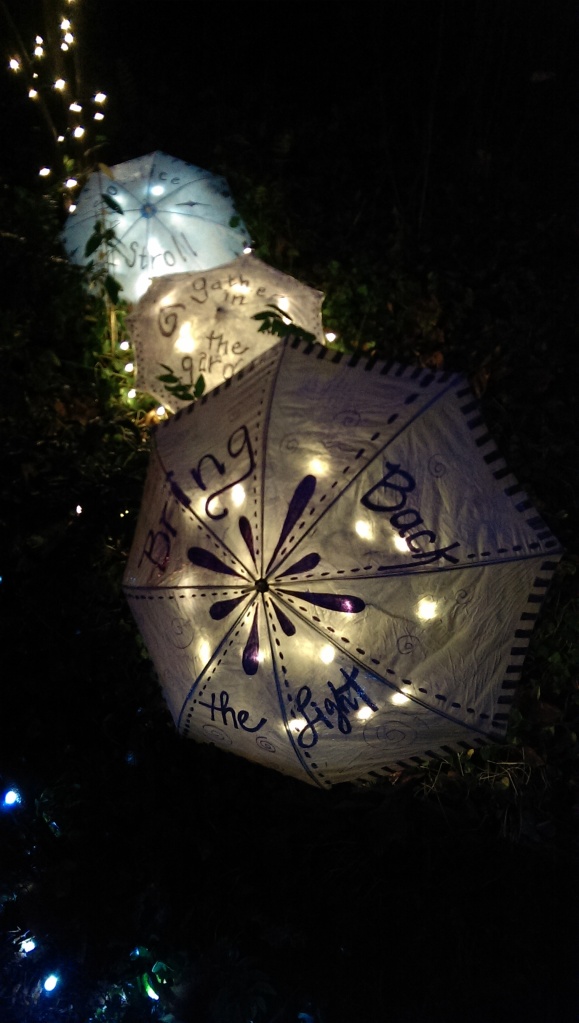 After the stroll, we headed over to a senior rehab center with a group of friends to sing carols.  My throat, already under siege by a cold, was in tatters by the end of the evening.  Because of this, I wasn’t able to sing in the ward Christmas program the next day.  But that turned out to be a good thing, because . . .

. . . I was able to take Eleanor’s picture during rehearsal!  Eleanor has enjoyed her experience in the Seattle Children’s Chorus so much, that she decided to start singing in the ward choir.  Several people afterwards commented on how cute she was, struggling to balance the big music folder on her little fairy arms.  I love that girl.