We’ve had quite the week of Bardolotry around these parts.

First, our trip to the Utah Shakespeare Festival. We had both sets of grandparents, plus Uncle Michael, Aunt Natalie, and Cousin Anderson along for the trip.

We saw four plays in three days: “The Three Musketeers” (eh. They gave D’Artagnan a spunky kid sister, which was super annyoing), “Mary Poppins” (solid production, cute child actors), “Henry V” (good enough; stole too much from Kenneth Branagh film, but it was preceded by the official opening ceremony for the Engelbert Theater, so that was nice), and “The Cocoanuts” (excellent musical based on Marx Bros. film; guy who played Harpo was amazing).

In between all the theatricals, we managed to eat quite a lot of good food at a little outdoor cafe called The French Spot. It’s run by a French chef and his children; his wife is a visiting professor who has a summer teaching position at SUU for five years. So while Mom teaches, Dad decided to set up the one restaurant in Cedar City with decent food. OHHHH my the croissants! The quiches! The crepes! The tarts! The omelettes! The creme brulee! The macarons! There was also le bifteck, but I never got around to trying it.

Eleanor was lucky enough to be chosen to participate in the Greenshow on English Night. She and another girl played Hot Potato, and Eleanor won! (The actors even got the audience to chant Eleanor’s name.) 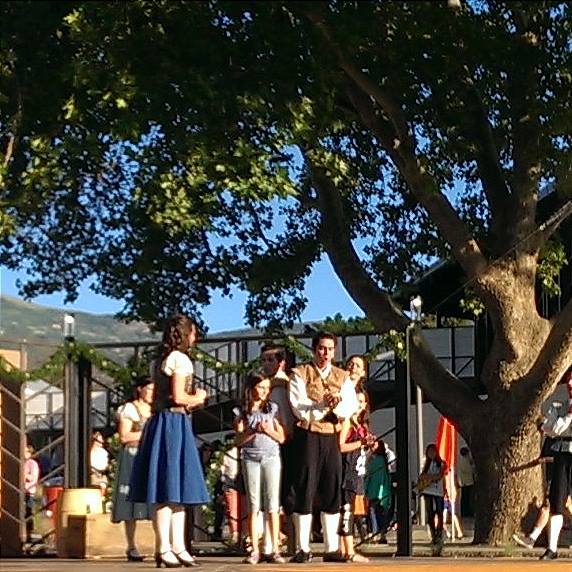 We also managed to squeeze in a side trip to Cedar Breaks National Monument. As a happy coincidence, the rangers were celebrating a Wildflower Festival that day, so there were extra games and activities for kids to do. A “Master Astronomer Volunteer” had sunscopes set up for viewing a solar flare, and Eleanor, William, and Katie all played Wildflower Bingo.

Everyone trooped out onto the viewpoint trail together. The flowers were marvelous.

Our vacation was rounded off with a slower-ish day in Provo. Brian and I had been planning to attend the new Provo City Center Temple together, but luckily we managed to squeeze that in the morning before we drove to Cedar City:

That left us with an entire day of free time. I logged on as many hours as I could at the piano (more on that for another post), the kids played games with Aunt Caitlin (who they adore) and then we hied ourselves up to Midway for lunch at Tarahumara. Brian and I have come to grips with the fact that we will likely never find Tarahumara’s equal in Seattle.

We played more games and took Caitlin out to dinner again that evening (and I logged on still more hours on the Steinway). But soon it was time to pack up and drive home.

(Ah, road trips in the West. Where else can you find yourself parked next to a pickup truck full of antlers?)

Fortunately, we had a fun week of MORE Bardolotry lined up! Upon our return, Eleanor and Jeff participated in a week-long “Acting and Combat” theatre camp for kids aged 11-15 with the Seattle Shakespeare Company. The kids learned some stage combat, and they rehearsed and performed a mini version of “Hamlet.” Jeff was cast as the ghost; Eleanor was absolutely thrilled to be cast as Ophelia (how often do you actually get the part you want? Hardly ever!)

Katie and I were able to watch the performance together, which was followed by stage combat demonstrations by the kids. Eleanor beat up Jeff multiple times, which was fun to see.

We celebrated Free Slurpee Day at 7-11, as did half of my friends on Facebook:

Jeff and Brian hiked all 20 miles of the Burke-Gilman Trail in order to finish the requirements for the Hiking merit badge. It was Jeff’s idea to do an urban hike for the badge. It certainly made things more convenient – they didn’t have to pack a lunch, but stopped at Un Bon Pain for sandwiches.

This is the map of the trail: 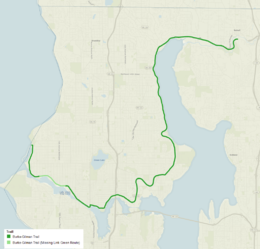 This is a screen capture of when I was tracking the GPS signal on Brian’s phone to follow where they were. (Yes, they played “Pokemon Go” for a good chunk of the way.) 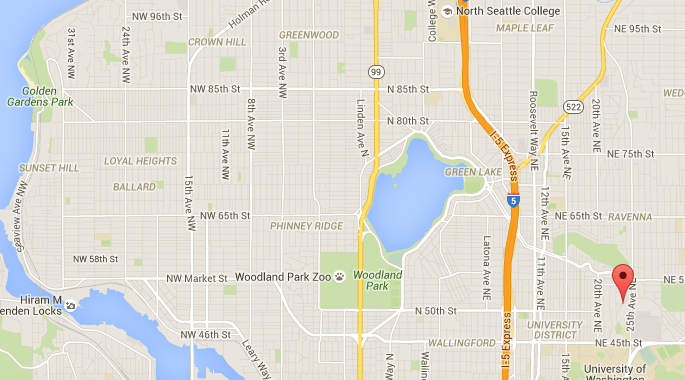 All finished! Brian was moaning about his feet all evening long.